A Kalamazoo, Michigan, man will serve the rest of his life in prison for selling fentanyl that killed a man. Deondray Christopher... 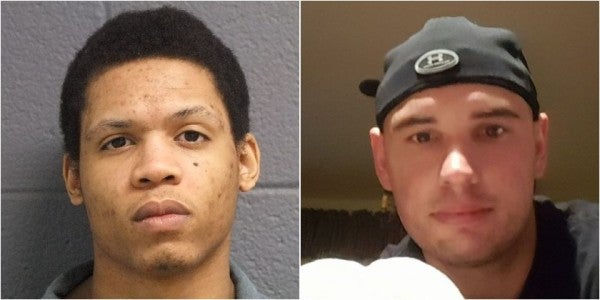 A Kalamazoo, Michigan, man will serve the rest of his life in prison for selling fentanyl that killed a man.

Deondray Christopher Abrams, 26, was found guilty Wednesday, Nov. 28, of distributing fentanyl on March 21, 2017, which resulted in the death of Brandon Jay Demko, a U.S. Marine Corps veteran of Iraq and Afghanistan who was suffering from severe PTSD, according to the U.S. Attorney's Office.

Due to Abrams' prior conviction, he faces a statutory mandatory term of life in prison when he is sentenced April 8.

Demko, 33, purchased what he and friend Robert Larsen thought was heroin from Abrams on March 21, 2017. They went back to Larsen's home, where Larsen injected Demko and himself, he testified at Abrams' preliminary examination.

Larsen testified he lost consciousness, then awoke 20 minutes later and found Demko blue and unresponsive. He shot Naloxone, meant to reverse overdoses, into his friend's nose and when nothing happened, he called 911, according to a police report. Emergency responders arrived but could not save Demko.

A federal jury convicted Abrams of distributing the fentanyl that killed Demko after a two-day trial.

“Fentanyl is increasingly available in Western Michigan,” U.S. Attorney Andrew Birge said in a press release. “Drug dealers are mixing fentanyl with heroin and, as in this case, selling fentanyl as heroin. Fentanyl is so much more powerful than heroin that opioid deaths have risen in the past few years. The U.S. Attorney's Office will continue to aggressively prosecute opioid drug dealers whose product results in death.”