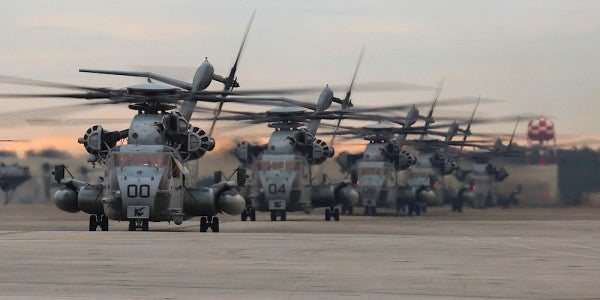 The reason for the landing is unknown at this time and the incident is currently under investigation. There were no injuries reported as officials confirmed all crew members aboard made it out safely.

The North Carolina Highway Patrol, Onslow County Sheriff's Office and Onslow County Emergency Medical Services all responded to the area at the time of the incident.

Sgt. J. Edwards said he sent several troopers to the scene for where the helicopter landed in the field near Highway 172 and Pilchers Branch Road for security reasons.

Initial reports from Highway Patrol was that the helicopter was having engine problems and landed in the field. Once on the ground, all personnel were able to safely leave the helicopter before it caught fire.