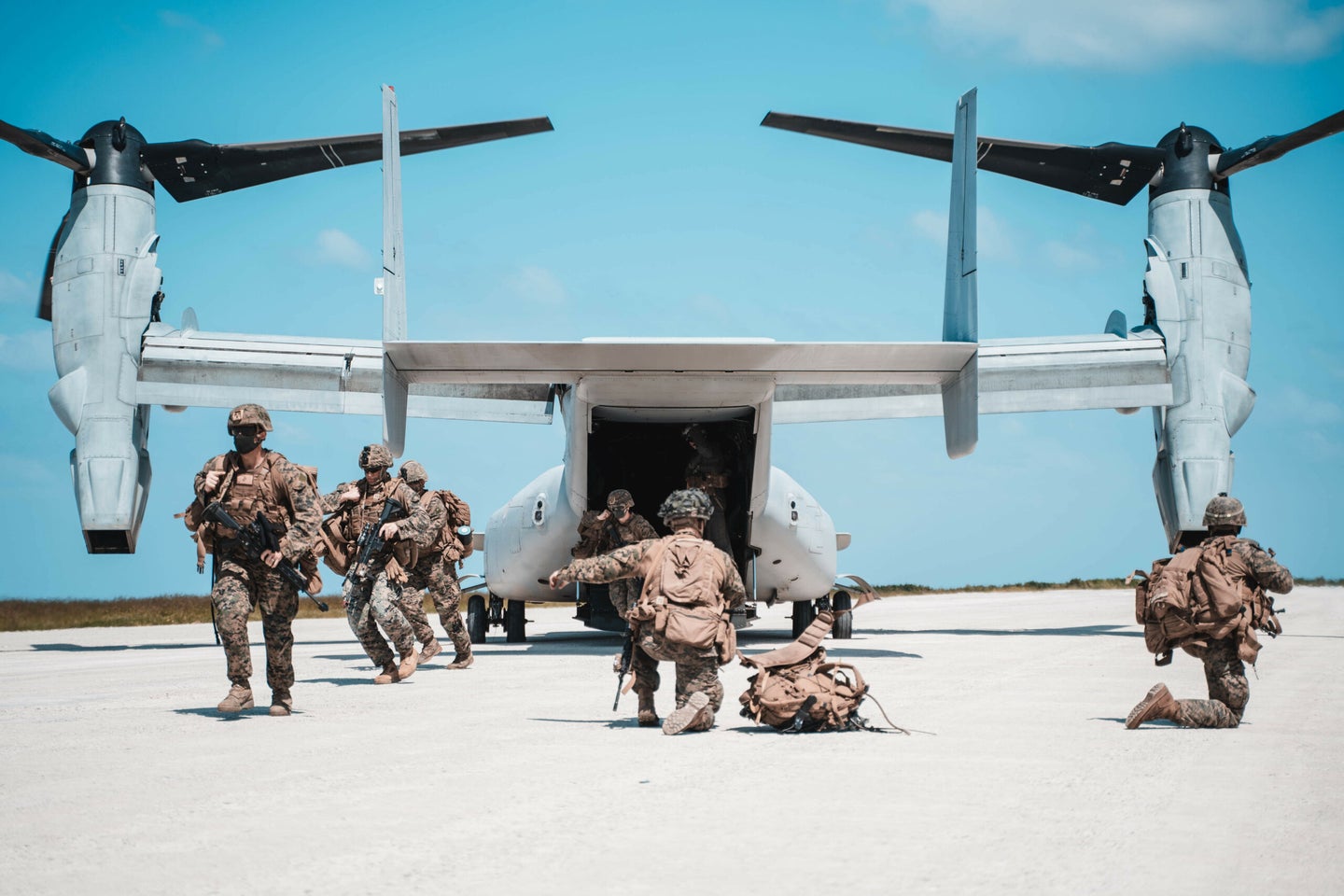 Marines in Japan got a look at what the Corps’ future missions could look like during a recent island-hopping naval exercise in the East China Sea.

After a small team of reconnaissance Marines landed on an island during the first-of-its-kind Exercise Noble Fury, a larger force swooped in on MV-22 Ospreys and AH-1Z Viper attack helicopters. The grunts “quickly seized control of the island, establishing defensive positions,” according to a news release on the exercise.

The Marines then coordinated with Seventh Fleet sailors, who had identified a target they couldn’t engage. After passing info along to the Marines ashore, an Air Force MC-130J Super Hercules landed on an expeditionary airfield in the middle of the night with a high-mobility artillery rocket system, or HIMARS.

“The HIMARS team fired a notional shot, destroying the target, and quickly loaded back into the MC-130J, taking off minutes after landing on the island,” the release states. The Marines then loaded into CH-53E Super Stallions, it adds, and “were on the move again to prepare for follow-on missions.”

“This is III MEF’s ability to establish expeditionary fires and forward arming and refueling points throughout the Indo-Pacific at any time, in any place of our calling,” Brodie said.

The exercise follows a call by Commandant Gen. David Berger to make III MEF a “credible deterrent to adversary aggression in the Pacific.” The Marine Corps is undergoing a series of force-wide changes as it refocuses on naval-based missions amid rising tensions with China.

That includes folding heavy tank units as leathernecks pivot toward missions in which small teams travel light and don’t remain in one spot for long. The service recently reestablished a landing support battalion that can deliver supplies to those types of stand-in forces ashore.

Noble Fury, Brodie said, gave III MEF and Seventh Fleet the chance to work together in simultaneous and distributed training events across Japan and at sea. During the exercise, Marines and sailors were spread across two Japanese islands — Ie Shima and Iwo To — while others were in Okinawa or aboard the amphibious assault ship America.

“It … showcases III MEF’s ability to command and control multiple expeditionary advance bases, [and] forward arming and refueling points throughout the Indo-Pacific theater,” Brodie said, adding it’s the first time “we’ve been able to exercise and achieve this.”

As the Marine Corps put it, “The future of the naval services was on display at Noble Fury.”

“This future envisions a light, agile Marine Corps force to conduct raids and rapidly seize islands throughout the Indo-Pacific to aid in establishing expeditionary advanced bases,” a news release states.