Marine Corps Commandant Gen. David Berger said on Friday that he considers maternity leave policy as one of his "most important matters for immediate execution." 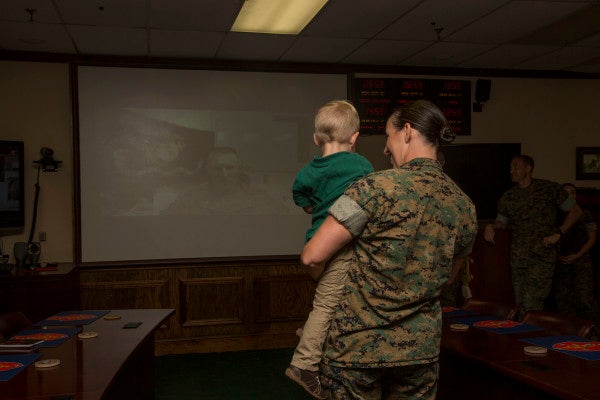 The Marine Corps' top general has ordered leaders to identify the benefits and risks to giving new mothers a full year off before requiring them to return to duty.

Commandant Gen. David Berger tweeted on Friday that he wants a formal recommendation on implementing a year-long paid maternity leave policy. The general didn't give a deadline on the assessment, but said he considers it among his “most important matters for immediate execution.”

Berger has been eyeing year-long maternity leave for Marines for months. The possible change was previewed in his planning guidance, which he released shortly after becoming commandant last summer.

Maj. Craig Thomas, a spokesman for the Marine Corps' Manpower and Reserve Affairs, said work has been underway to assess potential changes to the maternity leave policy since Berger released his planning guidance.

“Several courses of action have been identified and further research into how those could be carried out in policy is needed,” Thomas said. “No decision has gone before the commandant yet.”

“We should never ask our Marines to choose between being the best parent possible and the best Marine possible,” Berger wrote. “These outcomes should never be in competition to the extent that success with one will come at the expense of the other.”

Ray Mabus, the former Navy secretary who tripled the sea services' maternity leave policies from six weeks to 18 in 2015, said the move makes sense if the Marine Corps wants to recruit and retain more women. He said the Navy and Marine Corps were losing twice as many women as men at the six- to 12-year mark.

“Most of the time when women left, it was to have a family,” Mabus said. “And if it was a dual-military couple, it was almost always the woman that left.”

Mabus' policy was later cut back to 12 weeks when then-Defense Secretary Ash Carter set a new military-wide maternity leave policy. Women do cite maternity leave benefits as something they consider when thinking about reenlistment.

Berger also said on Friday he wants to revise the Marine Corps' leave policy for adoptive parents, “to include same-sex couples.”

The Marine Corps updated and clarified its parental leave policy in 2018, outlining how Marines who choose to adopt a child can apply for either primary or secondary caregiver leave, Thomas said. Those updates also gave primary caregivers more flexibility in how they used their leave and gave secondary caregivers another four days of paid time off, bumping the total up to 14.

“The policy does not specifically use the terms 'same-sex couples,' rather it incorporates gender-neutral terms to ensure no Marine who rates parental leave is excluded,” he added.