First Lt. Matthew Kraft, who has been missing in the High Sierra backcountry for more than a month, likely has died after being "overcome by severe winter storms," the Marine Corps concluded Thursday, April 11 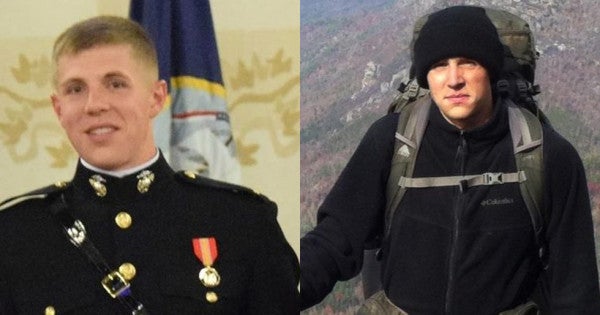 First Lt. Matthew Kraft, who has been missing in the High Sierra backcountry for more than a month, likely has died after being “overcome by severe winter storms,” the Marine Corps concluded Thursday, April 11.

Kraft, an infantry Marine officer, disappeared in February after setting out on a planned 10-day, 195-mile trek along the Sierra High Route. Multiple law enforcement agencies have continued to search for clues to Kraft's whereabouts since he failed to show up at a pre-designated location by March 5.

“Given the timeline of events, severe weather, and increased avalanche activity in the search area, on-scene search and rescue experts have determined that Kraft was most likely overcome by severe weather and exposure,” Capt. Paul Gainey, spokesman for the 1st Marine Division, said Thursday. “The Marine Corps will continue to stand by and support Kraft's family, friends, and Marines during this difficult time.”

Kraft, 24, was serving with the 1st Battalion/7th Marines at Twentynine Palms and was based out of the 1st Marine Division headquartered at Camp Pendleton. He began the solo ski trip Feb. 23, notifying family and the Marine Corps in advance that he expected to arrive at Bridgeport on March 4 or 5. The Sierra High Route parallels the John Muir Trail, with elevations ranging from 9,000 to 11,500 feet.

The search for Kraft began March 4 when his father contacted the Mono County Sheriff's Office after not hearing from his son. A sheriff's team first looked for Kraft at trailheads in the Bridgeport area. Inyo County Sheriff's Search and Rescue began its search March 5.

According to plans Kraft submitted to the Marine Corps, he had intended to start out at the Kearsarge Pass and travel along the backcountry route. A rental vehicle he was using was found near Grays Meadows campground above Independence on March 8.

For more than a week, 13 agencies were involved in the massive search.