Efforts to find an infantry Marine officer who disappeared during a ski trip into the High Sierra backcountry in February continue, with area law enforcement searching for any clues 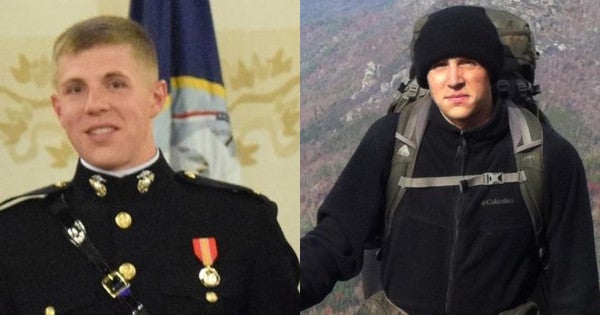 Efforts to find an infantry Marine officer who disappeared during a ski trip into the High Sierra backcountry in February continue, with area law enforcement searching for any clues.

First Lt. Matthew Kraft, who is serving with the 1st Battalion/7th Marines at Twentynine Palms and is based out of the 1st Marine Division headquartered at Camp Pendleton, set out on the solo ski trip Feb. 23 with an itinerary to complete a 195-mile trek along the Sierra High Route. The trip was to be completed in 10 days, with Kraft notifying family and the Marine Corps in advance that he expected to arrive at Bridgeport on March 4 or 5.

The Sierra High Route parallels the John Muir Trail. Elevations along the route range from 9,000 to 11,500 feet.

In March, officials with the Inyo County Sheriff's department said a multi-agency search and rescue effort was scaled back after it failed to find evidence of Kraft along the route. Rescue officials also identified dozens of avalanches in the area.

Snowpack remains deep in the High Sierras, as seen from the parking lot of the Inyo County Sheriff's office. (Photo by Erika I. Ritchie, Orange County Register/SCNG)

Law enforcement will continue to follow up on leads such as the discovery of a backpack, tent or other personal effects, Carma Roper, spokeswoman for the Inyo County Sheriff's department, said on Wednesday, April 10.

“The search area is massive and the backcountry snowpack in the Sierra is still very heavy,” she said.

The search for Kraft began March 4 when his father contacted the Mono County Sheriff's Office after not hearing from his son. A sheriff's team first looked for Kraft at trailheads in the Bridgeport area.

According to plans Kraft submitted to the Marine Corps, he had intended to start out at the Kearsarge Pass and travel along the backcountry route. A rental vehicle he was using was found near Grays Meadows campground above Independence on March 8.

For more than a week, 13 agencies were involved in the massive search, scouring an area larger than the state of Rhode Island, Roper said.