Acting Navy Secretary Thomas Modly ordered the fleet-wide security "stand-down" and review of insider threats within the Navy and Marine Corps, with compliance expected by Jan. 10 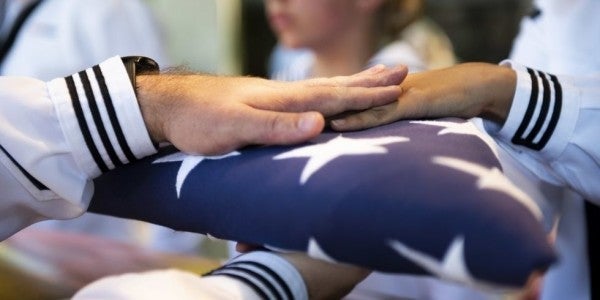 The Navy and Marine Corps are conducting a broad review of security measures in the face of insider threats, following three violent incidents at Navy bases since Thanksgiving, including the Pearl Harbor Naval Shipyard fatal shootings on Dec. 4.

Acting Navy Secretary Thomas Modly ordered the fleet-wide security “stand-down” and review of insider threats within the Navy and Marine Corps, with compliance expected by Jan. 10. A security stand down is a pause in usual base security operations to focus on what improvements can be made.

“Execution of the security stand-down is directed to ensure that all of our sailors, Marines and civilians across all of our installations and commands are best postured, trained and informed to prevent future incidents of this nature,” Modly wrote in a memo.

On Nov. 30 a Chevrolet pickup driven by Nathaniel Lee Campbell, 38, barreled through the exit side of a security gate at Joint Expeditionary Base Little Creek-­Fort Story in Virginia and hit a Navy Police patrol vehicle head on at 81 miles per hour, killing a 23-year-old sailor, police and Navy Times reported. Campbell was charged with involuntary manslaughter.

Machinist's Mate Auxiliary Fireman Gabriel Antonio Romero of San Antonio, 22, an armed watch-stander on the attack submarine USS Columbia, shot three civilian workers, killing two, Dec. 4 at Pearl Harbor Naval Shipyard and then turned a gun on himself while the sub was in Dry Dock 2 for a major overhaul, according to authorities.

And two days later, on Dec. 6, Mohammed Alshamrani, a second lieutenant in the Royal Saudi Air Force in the United States for flight training, used a Glock 9 mm to gun down three military members in a classroom at Naval Air Station Pensacola in Florida in what's being investigated as domestic terrorism. Eight others were injured. Alshamrani was shot and killed by police.

At a minimum, Modly wrote in the memo, the stand-down should include a command review of physical security and “Random Anti-Terrorism Measures” posture, “with a critical eye on the insider threat.”

On Dec. 13, Pearl Harbor shipyard commander Capt. Greg Burton sent out an “All Hands” message saying no motive was known for the dry dock shooting tragedy, which appeared to have been a random act of violence in which the sailor who fatally shot two civilian workers and himself did not know them and did not plan his actions ahead of time.

A third civilian worker was wounded in the hip, according to the Navy.

“The investigation continues, but there is currently no known motive and no information to indicate the sailor knew any of the victims,” Burton said at the time.

Burton said Romero, who was not identified by name in the email sent to shipyard workers, did not appear to have a history of violent behavior.

“He had not been to court martial and was not facing non-judicial punishment,” Burton said, debunking several media reports. “Based on a review of records, he had not been scheduled for nor taken any anger or stress management classes.”

Romero, who was from San Antonio had only been counseled for tardiness, sources said. Burton confirmed that Romero used an M-4 rifle and 9 mm pistol in the shooting.

Romero's family offered condolences to the relatives of the victims.

“The family knows none of their words can replace your lost loved ones or assuage your pain but hopes that you may find strength and solace over the coming months and years,” said the statement released by Phil Meyer, a San Antonio lawyer acting as a spokesman for Romero's family.