“The NDAA was passed last year. So how is it that a year down the road, we’re still saying things that are potentially a plan?" 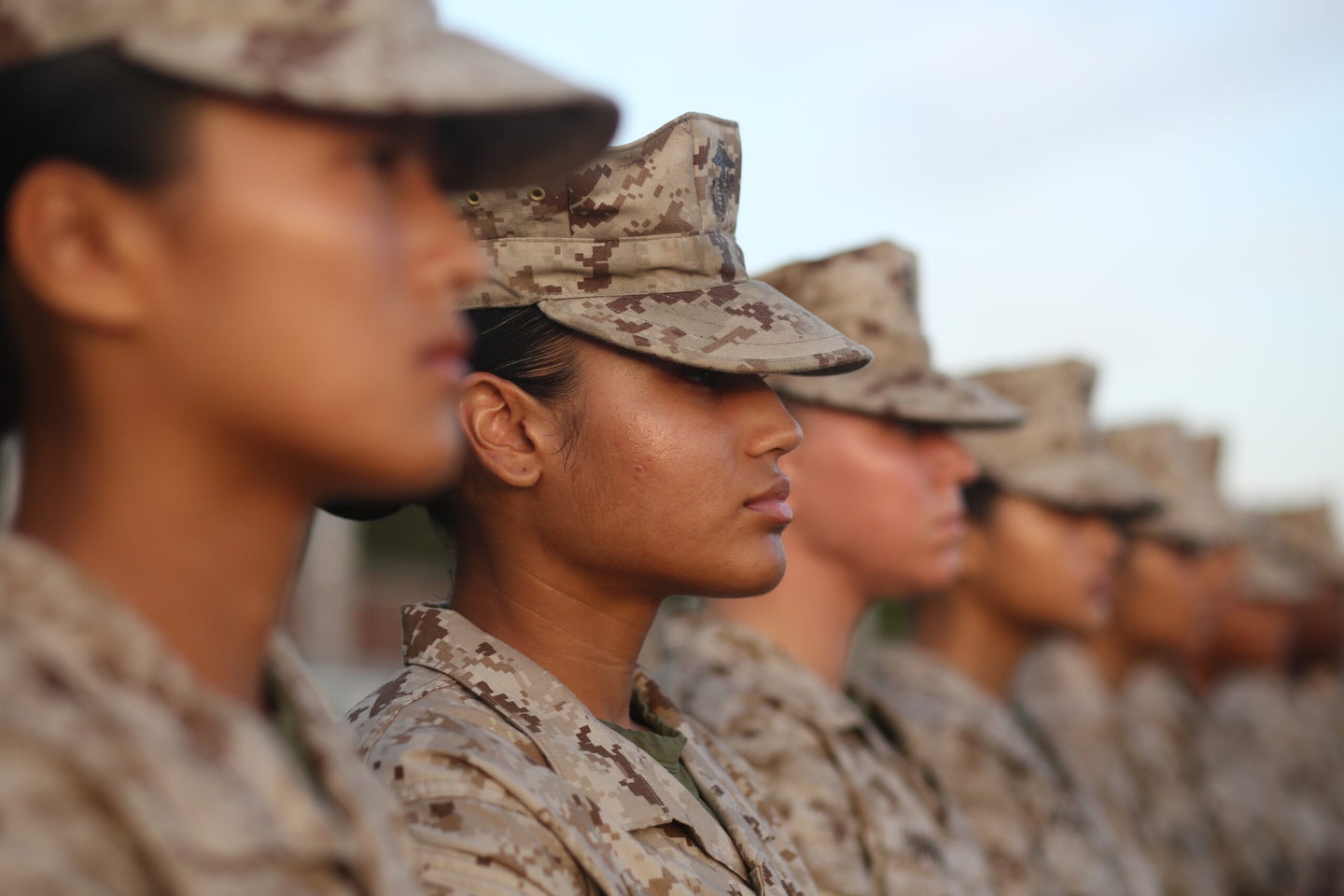 This story highlights the requirements established by the 2020 National Defense Authorization Act. To read more about how Parris Island could fully gender-integrate its base, read our coverage here and in Monday’s print edition.

That’s one of the requirements highlighted in the 2020 National Defense Authorization Act when it became law in December 2019. It also prohibited gender-segregated recruit training at the Corps’ other depot in San Diego, which has never fielded a female recruit, starting in eight years.

But what’s important — and what could peril the future of these two storied bases — is what the Congressional mandate didn’t include.

“Unfortunately Congress has the best of intentions, but they also defer to military leaders, and they don’t know. They’re not in the military,” said Kate Germano, a retired Marine lieutenant colonel who led Parris Island’s female 4th Recruit Training Battalion. “So when they hear military leaders say ‘70% of our boot camp is integrated,’ they’re good with that.”

A report 10 days ago on Military.com described an option from the Marine Corps that would close its two boot camps and direct all future recruits to a new co-educational base.

The report, which sent shockwaves across Beaufort County, cited Commandant Gen. David Berger who said a closure was on the table to adhere to the new National Defense Authorization Act.

The NDAA is passed each year by Congress and specifies the annual budget and expenditures of the U.S. Department of Defense. It creates rules for defense, determines levels of funding and directs the military how to spend its money.

Provisions — like the 2019 prohibition on gender-segregated training in the Marines — are sometimes tacked on to the orders.

“The NDAA was passed last year. So how is it that a year down the road, we’re still saying things that are potentially a plan? We should have a plan,” Germano said. “I don’t think that closing down the bases is part of a plan, and I don’t think it was ever a realistic plan.”

“I think it’s another way to kick the can down the road, because it would take us forever to close those bases and construct a new one.”

The Marine Corps is the last remaining branch of the U.S. military services that does not have co-ed recruit training.

In a statement to the Island Packet and Beaufort Gazette, Capt. Joseph Butterfield, a Marine Corps spokesperson, said the Corps was “exploring all options to accomplish” the requirements in the federal mandate.

“Due to a variety of limitations, neither Marine Corps Recruit Depots Parris Island nor San Diego are currently able to optimally train recruits in an integrated environment,” his statement said. “At this time, any remarks on courses of action are premature as we are simply exploring all options.”

In the months just before and after the NDAA was signed into law, the Marine Corps took some minor steps toward gender integration.

Women have been training at the Marine Corps Recruit Depot Parris Island in Port Royal since 1949, but not until March 2019 did India Company, 3rd Recruit Training Battalion graduate five platoons of males alongside one platoon of females.

In October 2019, a third partially gender-integrated class brought male and female platoons side by side for morning physical training, work on the obstacle course and classroom study, the Marine Times reported.

Germano said closing the bases at Parris Island and in San Diego is not the only option for the Marines to adhere to the NDAA. And she said that option has been poorly communicated and executed in a way that’s harmful to female Marines.

“The way the Commandant has talked about this issue of getting rid of Parris Island and getting rid of San Diego — two storied, historical locations — the way it’s being communicated automatically leads to male Marines potentially resenting women,” she said. “Because the only reason this change would be happening is because of the way we train and recruit women.”

She said Parris Island is already viewed by male Marines as “sub-optimal” because it’s where female Marines are trained.

“We already know that because women are only trained on the East Coast, that Parris Island is already denigrated in the eyes of Marines that go through training on the West Coast,” she said.

Marine leaders, in a July 30 memo to the Defense Advisory Committee on Women in the Services, said their goal was for male and female recruits to train alongside one another in the same company. The memo was first reported by Military.com.

The memo says officials from Training and Education Command (TECOM) are now working with Marine Corps Installations Command “to identify the requirements, shortfalls, and cost estimates to meet the NDAA requirements.”

The biggest limitation to gender-integrated recruit training, according to the memo, is the need for new facilities to house co-ed training.

“In order for both MCRDs to conduct gender integrated recruit training, while simultaneously meeting the throughput requirements … modifications will have to be made at each installation,” the memo said.

But the memo did not say what those modifications are.

TECOM will conduct a study with an outside university to “determine alternatives, if any, to the Marine Corps’ approaches to gender integrated recruit training,” the memo said. A university will be chosen by the end of 2020, and the results of the study are expected to be complete in 2022.

S.C. Sen. Tom Davis, after news broke about the possible closure of Parris Island, said he expects local and state leaders to come up with a plan in the coming weeks to get Parris Island to adhere to the NDAA requirement within five years.

“This is the situation on the ground right now,” he said. “We need to figure out what are the things we need — federal funds and state funds — for Parris Island to be in compliance with the federal directive. Then we’ll figure out how to accomplish it.

“We know what we need to do. It’s all about organizing and executing.”