"The prosecution has made a very harsh demand, it's absolutely unjustified and groundless," his lawyer said. "To be honest, we're in shock." 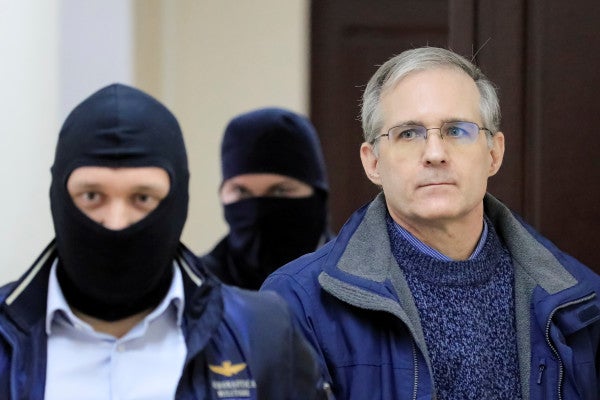 MOSCOW (Reuters) – Russian prosecutors asked a court on Monday to sentence former U.S. Marine Paul Whelan, who is on trial accused of spying for the United States, to 18 years in a maximum security prison, his lawyer said.

Whelan, a U.S. national who also holds British, Canadian and Irish passports, has been in custody since he was detained in a Moscow hotel room in December 2018. He says he was set up in a sting and has pleaded not guilty to the charge.

“The prosecution has made a very harsh demand, it's absolutely unjustified and groundless. To be honest, we're in shock,” Whelan's lawyer Vladimir Zherebenkov told reporters after Monday's hearing.

The court will announce its verdict on June 15, he said.

The trial, which began on March 23, has been closed to the public as its content broaches classified information. Many of the case's details have emerged through his lawyer.

U.S. Ambassador in Moscow John Sullivan said the proceedings amounted to a “secret trial” and a “mockery of justice”.

“There is no legitimacy to a procedure that is hidden behind closed doors. It is not transparent, it is not fair, and it is not impartial,” he said.

The prosecution accuses Whelan of being at least a ranking U.S. military intelligence colonel and that he was caught red-handed trying to obtain secrets, his lawyer said.

The defence said Whelan had only believed he was receiving photographs of a trip that he and an acquaintance had been on, not classified material, and that he had been tricked, Zherebenkov said.

“This was a game by Russia's Federal Security Service…,” he said.

U.S. authorities have called the charges against Whelan spurious and have called on Russia to release him, describing the case as a “significant obstacle” to improving bilateral ties.

Whelan, 50, has used his appearances at hearings to allege he has been ill-treated by prison guards and been denied medical attention. Russian authorities have accused him of faking health problems to draw attention to his case.