Jose Rodriguez had completed the run portion of the Initial Strength Test, which all prospective Marines, or poolees, must take to qualify to ship off to boot camp 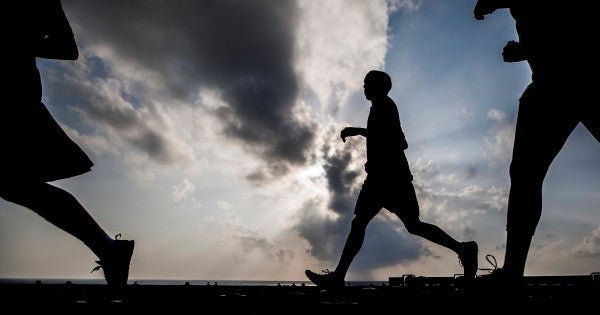 An 18-year-old man who planned to become a Marine aviation mechanic died on Friday after collapsing during a fitness test at a Maryland recruiting station.

Rodriguez was transported to the hospital by emergency medical personnel, Tunney said. He did not address questions about whether the Rodriguez's recruiter was present at the time of his death or if any Marines administered CPR, citing the ongoing investigation.

“I can tell you that our Marines ensure that all appropriate safety precautions are observed during physical training events conducted by poolees,” he said.

Rodriguez was scheduled to attend boot camp at Marine Corps Recruit Depot in Parris Island, South Carolina, in September. He joined the delayed entry program in March 25 after meeting with a recruiter in Rockville, Maryland, outside Washington.

His death was first reported by Marine Corps Times on Tuesday.

“We are deeply saddened by the loss of Jose Rodriguez, a young man who was enlisted in the Delayed Entry Program,” Tunney said. “We respect the Rodriguez family's right to privacy and their decision whether to release further information regarding the incident. Our Marines send heartfelt condolences to his family and friends while the circumstances surrounding his death are investigated.”

Rodriguez had undergone a medical screening at a local Military Entrance Processing Station prior to enlisting in the delayed entry program, Tunney said.

He's at least the fifth person to die in recent months while taking military fitness tests.

The Navy is investigating the deaths of two recruits who died after completing their fitness tests during boot camp at Naval Station Great Lakes in Illinois this spring. And officials at a South Carolina Air Force base suspended fitness testing in June after two airmen died there within a one-week period.

Recruiting Station Frederick is one of the Marine Corps' 48 national recruiting station headquarters. More than 500 poolees from Maryland, Virginia and West Virginia are currently training with recruiters from the station prior to starting boot camp.