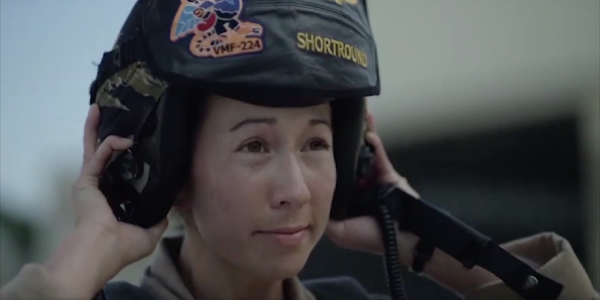 Marine Corps officials are re-releasing a motivational video — updated to include female Marines — after an original version featuring only men drew criticism from social media users and veterans advocates.

The short two-minute spot, titled “We must win,” features a voiceover from Commandant Gen. Robert Neller praising the motivation of today's Marines while footage depicts troops in combat units, testing new gear, and participating in air missions and combat dives.

It was created to be shown at the Marine Corps League's annual convention Aug. 12 in Tulsa, Oklahoma, Neller's spokesman, Lt. Col. Dent, told Military.com. It was posted to the Corps' official Facebook account Sept. 7.

The original video features several close-ups of Marines conducting operations, but none of identifiably female Marines. Dent said several social media users commented on the video after it was published, complaining about a perceived lack of representation for female troops.

“There were a few comments in there that were, 'Hey, where are the female Marines?” he said, adding that he became aware of the criticism Sept. 9. “We said, 'That's a great point.' “

A new version of the video, published to the Corps' Facebook page Tuesday afternoon, features a female Marine firing her rifle on a range, her blonde bun visible beneath her helmet. It also depicts a female aviator in a flightsuit delivering a briefing from the front of a classroom.

“Updated We Must Win video: thanks to those of you who pointed out the importance of representing all of our Marines,” a short preface, published with the video, says. “Point taken. Will we get better? Yes.”

The issue comes as the Corps embarks on a redoubled effort to recruit women. Neller has said he wants 10 percent of the Marine Corps total force to be female, up from about seven percent today.

Dent said the video in question was never intended for use in recruiting or as a stand-alone promotional piece. But he added that similar “moto,” or motivational, videos tend to have broad social media reach. The original “We Must Win” video was viewed 355,000 times in less than a week, he said.

“If we're going to do videos like that, we've got to think, 'Is this representative of our organization? And if not, why?' ” Dent said. “Even our moto videos should reflect that.”