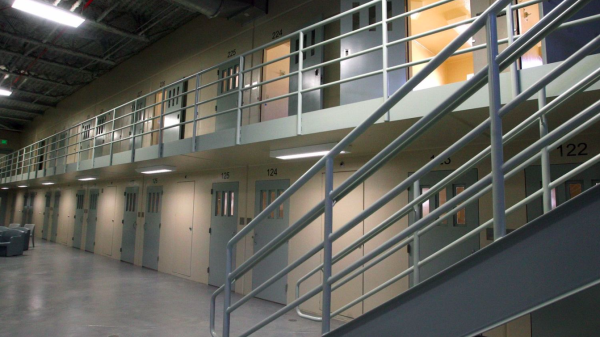 A Marine recruit who spent the last 27 months confined without trial after striking a San Diego drill instructor has been administratively discharged from the service with all charges dismissed, the Marines said Wednesday.

The recruit, former Pvt. Jay-Ar Ruiz, 28, remains in federal custody at a Missouri prison hospital. Since he is no longer in the military, he now is in the custody of the U.S. Attorney General, his attorney said.

Capt. Martin Harris, a spokesman for the Corps' San Diego boot camp, declined to comment on the specifics of Ruiz's case but confirmed he is no longer a Marine.

“The charges previously referred to General Court-Martial in regard to Private Jay-Ar Ruiz were withdrawn, and he has been administratively separated from the Marine Corps,” Harris said in an emailed statement.

Bethany Payton-O'Brien, Ruiz's civilian lawyer, says his ordeal exposes flaws in how the military justice system handles mental health issues and flaws in the screening process recruits go through before shipping off to boot camp.

“Mental health conditions are serious matters for consideration,” said Bethany Payton-O'Brien, Ruiz's civilian lawyer. “You have an individual who demonstrated — prior to entering the military — that he suffers from a serious mental condition.

“Our recruiting process appears to have failed in this case,” Payton-O'Brien said.

Ruiz enlisted in the Marines in Los Angeles and reported to the San Diego Marine Corps Recruit Depot in November 2017. By January 2018, two months later, he was locked in the brig at Marine Corps Air Station Miramar.

He has been incarcerated since, bouncing between the Miramar brig and the Medical Center for Federal Prisoners in Springfield, Mo.

Almost immediately upon arriving at boot camp, Payton-O'Brien said, Ruiz began engaging in behaviors she attributed to a personality disorder.

When he was confronted by a Marine staff sergeant about violating his restraining order, Ruiz became violent and struck the senior drill instructor, according to Payton-O'Brien.

Ruiz has twice been found not mentally competent for trial over the last two years, Payton-O'Brien said. He has endured two stints in the Missouri prison hospital; the latest began in November.

Because Ruiz was found not competent for trial, he was never arraigned in the military system. His charges, for more than two years, have been pending.

All this changed at the end of March. That's when Brig. Gen. Ryan Heritage, the commanding general of the recruit depot, signed a letter approving Ruiz's administrative separation.

“I have carefully reviewed the respondent's Separation History and Physical Examination (SHPE) and determined that no medical condition had an effect on the performance or conduct resulting in the basis for separation,” Heritage wrote in the letter, dated March 31.

Heritage said in the letter Ruiz should be separated with a general discharge under honorable conditions within five working days.

On Wednesday Payton-O'Brien said she had not seen Ruiz's military discharge document, which is key for veterans seeking benefits from Veterans Affairs.

Payton-O'Brien said that by dropping the charges against her client, the Marines are able to bypass holding a formal board to separate him. However, she says, Ruiz was never notified of the change in the process.

To Payton-O'Brien, this case is an example of the military taking in someone they should not have and then compounding the problem.

“Once allegations of misconduct arose, rather than expeditiously and fairly resolving the case, the Marine Corps dumped him in jail,” she said. “The significantly delayed process made his condition worse.”

Ruiz will face an evaluation by the Justice Department to determine whether he is a danger to himself or others prior to being released from confinement, she said.