The death of Pvt. Raheel Siddiqui wasn’t enough to end the hazing and abuse documented in his training platoon at... 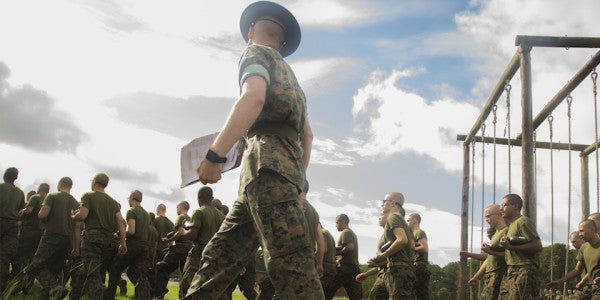 The death of Pvt. Raheel Siddiqui wasn’t enough to end the hazing and abuse documented in his training platoon at Marine Corps Recruit Depot Parris Island.

“Instances of recruit abuse continued to occur in Platoon 3042 (Company K, 3rd Recruit Training Battalion) after” his death on March 18, according to a copy of a Marine Corps investigation obtained by The Island Packet and Beaufort Gazette through an open records request.

The heavily redacted document — more than 40 of its 133 pages are completely blacked out — details instances of drill instructors choking recruits and requiring them to engage in unauthorized incentive training. And the investigation — one of three recently obtained by the newspapers — also details a troubling “command philosophy” in Company K.

Siddiqui – a 20-year-old American Muslim of Pakistani descent from Taylor, Mich. – died from injuries sustained after an almost 40-foot fall after jumping from the third floor of his barracks, according to the investigation. The fall was preceded by a drill instructor allegedly slapping Siddiqui in the face after making him perform “get-backs” for failing to properly report when requesting permission to go to sickbay for a sore throat.

Related: It Will Take More Than Increased Supervision To Fix Hazing At Marine Boot Camp »

During the autopsy several hours later, a note was found in his pants pocket.

It read: “This recruits (sic) throats (sic) has been swollen for a few days and is getting worse.”

In the wake of Siddiqui’s death, multiple instances of drill instructors choking recruits were documented in the report.

In one instance a recruit, who was being choked to the point where he couldn’t breathe, “had to rip himself out of” a drill instructor’s “grasp” to make him stop.

In another, a recruit was choked “near the mess hall” because he “failed to sound off” to a drill instructor’s satisfaction.

The investigation also documented instances of unauthorized incentive training: recruits being made to “scuzz brush the squadbay,” repeatedly move and hold footlockers and other objects to the point of exhaustion, and “hold rifles out by the barrel using only two fingers.”

The report spoke to the “command philosophy” in Company K — the relationship between drill instructors and the officers who supervise them:

“Officers do not spend time on deck because training stops if an officer comes on deck.”

“The only reason we (officers) are here is because of Ribbon Creek.”

Looking back, looking ahead

Ribbon Creek was the infamous incident that killed six recruits on April 8, 1956. A Parris Island drill instructor marched his recruits into the chilly water on a moonless night, an incident that very nearly killed the Corps, according to Packet and Gazette columnist David Lauderdale.

In the wake of Siddiqui’s death, the Corps finds itself under renewed scrutiny.

The Corps has ruled his death a suicide. His family continues to dispute that conclusion. The Naval Criminal Investigative Service continues to look into the matter.

Up to 20 Marines could face military justice proceedings or administrative actions, though no personnel have yet been charged.

And the dismissals of commanders and suspensions of drill instructors on Parris Island has tainted the Corps’ reputation.

“The Marine Corps holds individuals responsible for their actions and we take every allegation of misconduct seriously,” Headquarters Marine Corps spokesman Maj. Clark Carpenter said in an email to the newspapers Wednesday morning.

“Allegations of misconduct will be adjudicated in the appropriate judicial or administrative forum. Any Marine found guilty of hazing through appropriate legal proceedings will be held accountable for their actions.”

In terms of next steps, Carpenter said the Corps’ legal division was reviewing the investigations’ findings.

“Prosecutors are reviewing the investigations and will draft charges against individuals deemed responsible for violations of policy and articles of the Uniform Code of Military Justice,” he said.

“Draft charges will be presented to Training and Education Command for review prior to referral,” he said.