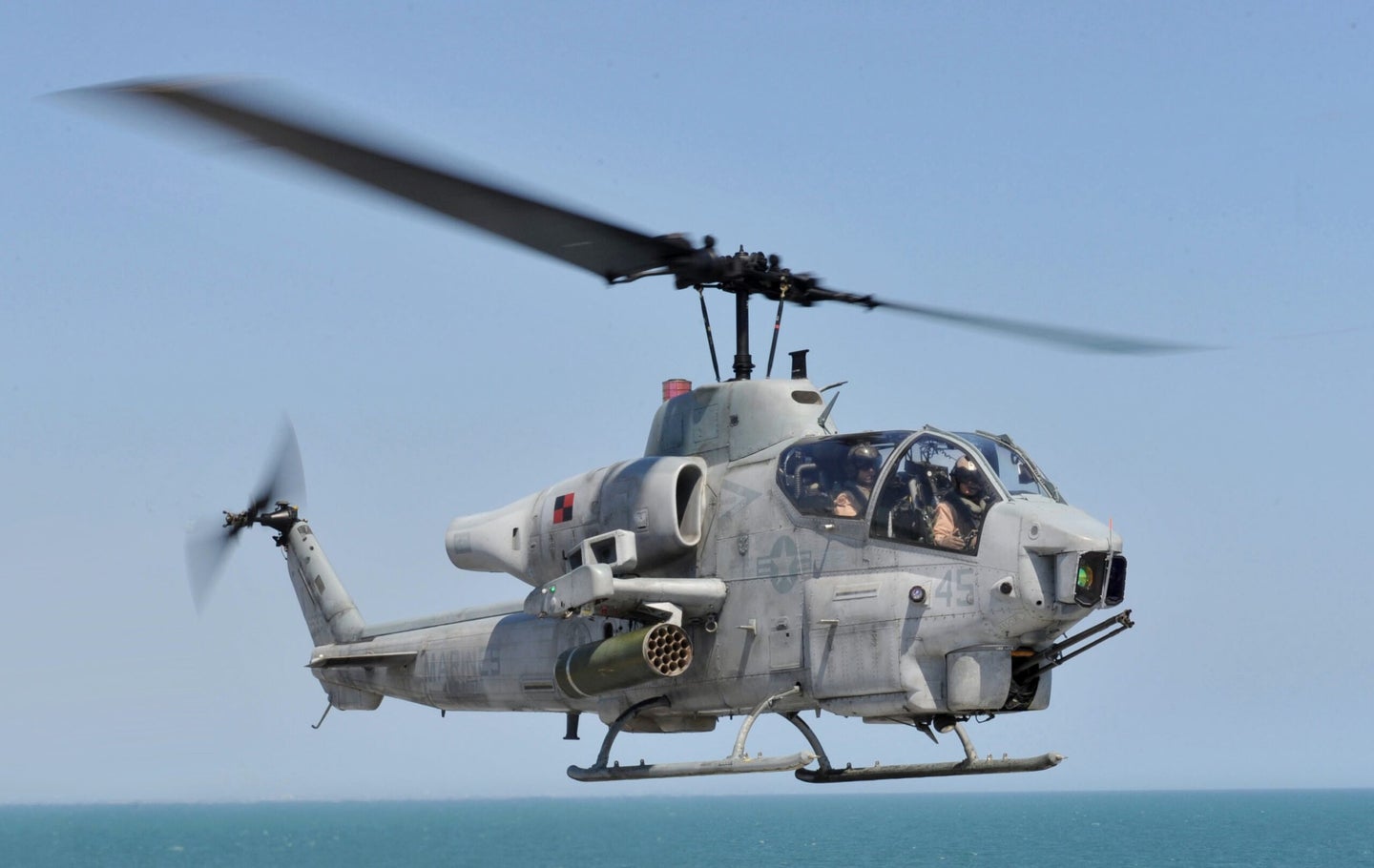 The Marine Corps has transitioned to the “Zulu” variant of the aircraft, the four-bladed AH-1Z Viper.

“This final flight is very important for us to honor the aircraft,” Richardson said in a video released by Bell Helicopter. “… It’s an honor to be the last guy to fly one. I never thought I’d be in this position.”

The dual-blade helicopter Richardson flew over New Orleans on Oct. 14 was received by HMLA-773 in 1994, he said. Marines flew it in Afghanistan between 2003 and 2005. Lt. Col. Charles Daniel, the squadron’s executive officer, said in the video that he flew the aircraft making last week’s final flight during Operation Enduring Freedom.

Marines also flew the Super Cobra in Iraq, Somalia, the Gulf War and with Marine expeditionary units operating on Navy ships around the world.

Both Richardson and Daniel called the Super Cobra’s final flight bittersweet. Richardson said he flies the AH-1Z Viper, while Daniel said the AH-1W’s retirement coincides with the end of his own career.

“I’ve had a lot of great memories in this aircraft,” Daniel said. “It has gotten me back safe every time and done everything I ever asked it to do. I enjoyed every moment of my time with the Whiskey and the Marines around it.”

The newer AH-1Z Viper is faster, carries more ordnance, has an all-glass cockpit, and can stand off further from the fight, Daniel said.

The Super Cobra’s retirement represents just one transition for Marine Corps aviation. AV-8B Harrier squadrons are saying goodbye to that aircraft as the service transitions to the F-35 Joint Strike Fighter.

The Marine Corps is also in the process of upgrading its aging CH-53E Super Stallion heavy-lift helicopter to the powerful new CH-53K King Stallion.