Keith Cook, a Marine Corps veteran and math teacher at Lakeland Senior High School since late 2014, is on administrative during the human resource department's "active investigation," after allegedly telling students during an August lockdown that he would "be the best school shooter" with a "1,000-person body count" 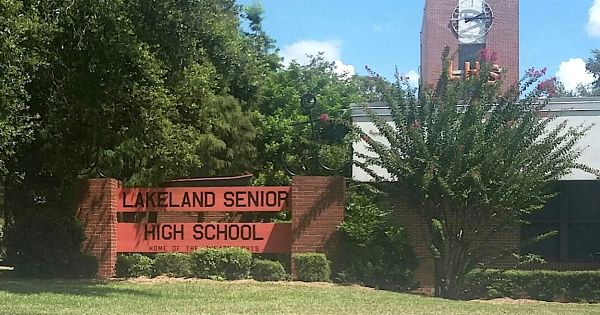 A high school teacher is on administrative leave after telling a classroom of students that he would “be the best school shooter” and described a hypothetical strategy.

During a lockdown on Aug. 16, CNN reports that Cook, a former U.S. Marine, allegedly told students at the Tampa-area school in Lakeland that he would “be the best school shooter” with a “1,000-person body count,” according to a Polk County risk protection order.

Though Cook told authorities he was joking, 16 students told police of his disturbing remarks. These included his description of planting improvised explosive devices before he would “fire a couple rounds and wait for everyone to hide, then press a button and boom — everyone would die,” one student described.

Another student said Cook remarked that “he would put a bomb in the corner and put nails in it for shrapnel.”

Cook has no criminal history, but “may be seriously mentally ill or may have recurring mental health issues,” as per a temporary ex parte risk protection order.

Police found no weapons in his home nor vehicle, according to court documents.

“All students and staff members are safe,” an email assured families of the school Friday, noting Cook's “upsetting” description of “hypothetical acts of violence against the school.”

Cook, the note said, was not arrested though “a risk protection order was requested and granted.”

“Parents and students should be assured that we take any potential threat against our students and schools seriously,” the note read. “Student safety is — and always will be — paramount within our school district.”

“We have no further comment,” the spokeswoman told The News, citing the “ongoing investigation.”

Cook is scheduled for an Aug. 30 hearing on a final risk protection order.