This Marine’s family wanted the Corps to help her cope with a sexual assault. Instead, she’s in the brig

Corporal Thae Ohu has struggled in the five years since she says she was sexually assaulted by a fellow Marine. Now she's in the brig 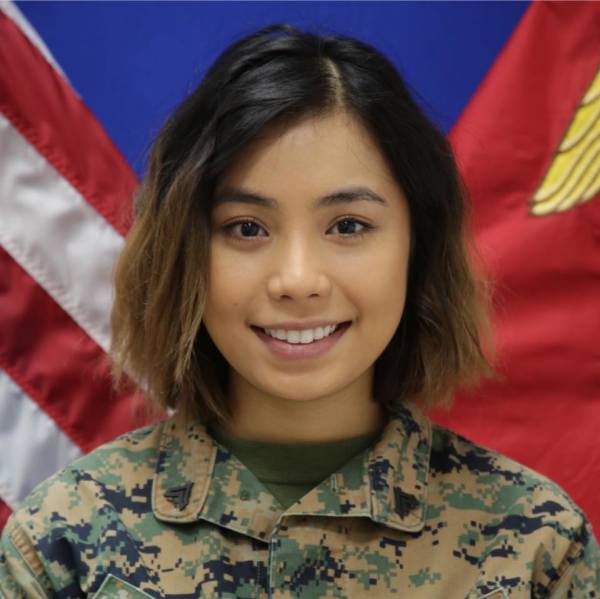 Corporal Thae Ohu has struggled in the five years since she says she was sexually assaulted by a fellow Marine.

The assault changed her, and her mental health progressively worsened, according to her sister Pan Phyu and letters written by Ohu and others. She attempted suicide earlier this year.

Now she’s in the brig.

Ohu’s family, friends and advocates specializing in military sexual assault are pushing for her release. They say she’s being deprived of adequate medical treatment inside the Navy Consolidated Brig in Chesapeake, where she’s been held in pretrial confinement since June 19.

It’s unclear why Ohu’s been locked up the past three weeks. Officials with the Marines declined to say, explaining the case was in the pre-referral stage of the military judicial process.

“In interests of preserving the integrity of the judicial process, ensuring her right to privacy and a fair and impartial process, at this time it is premature to comment on allegations or what might occur,” they said in a statement.

In a letter to a U.S. senator in Arizona, Ohu — a 26-year-old administrative specialist with the Marine Corps Intelligence Schools aboard Dam Neck Naval Base — said she’d been arrested for assault with a deadly weapon following a psychological break in April. In a separate letter, her boyfriend said he was the victim of the incident and that he believed the case should be dropped.

Ohu has not yet had charges referred against her through an Article 32 hearing. If that happens, the case against her would be publicly laid out.

Ohu was seeking medical retirement earlier this year to get help for PTSD, but the Marines were seeking administrative separation, according to a memo from her defense attorney. That would cause her to lose medical benefits, the lawyer said.

“They are sending me to the brig for pretrial confinement instead of me receiving care,” Ohu wrote in a letter to Arizona Sen. Martha McSally last month. “I haven’t been to trial and to focus on legal instead of mental health care is wrong. My attacker should be in the brig instead of me.”

Phyu, a Navy sailor based in San Diego, said her sister needs help.

“Whatever legal (charges) they want to do, they can do while she’s able to still get access to medical care,”she said.

Citing conversations with her sister, Phyu claimed Ohu was being held in heavily restricted solitary confinement.

Lt. Cmdr. Matt Knight, spokesman for Navy Personnel Command which oversees the brig, said that while Ohu was at one point under maximum custody, she is now in medium, and was never in isolation. He said Ohu is in a single cell, but can move within the female prisoner area with restrictions.

As for Ohu’s medical status, Knight said he could not comment on specifics, but that Ohu was being seen weekly by Portsmouth Naval Medical Center mental health officials.

Marine officials added that a representative from Ohu’s command also speaks with her weekly.

There’s been an outpouring of support from Ohu’s friends in and out of the service, who have been sharing her story on social media. Phyu has encouraged people to send letters to Ohu in Chesapeake.

A Facebook page called Justice for Thae Ohu started by Phyu has gained nearly 1,300 followers in a little over a week. An online fundraiser for her legal and medical fees has garnered more than $3,600.

The online campaign for Ohu has gained traction in recent weeks amid a national conversation over sexual assault in the military. That conversation followed the April 22 disappearance and subsequent death of Army Pfc. Vanessa Guillen.

Phyu said she has also experienced sexual assault while serving, but a helpful man in her chain of command made her experience more bearable.

She’s leading the charge from afar for her sister, saying Ohu has asked her to help in any way she can.

“‘I’m cracking,‘” Ohu told her sister in a phone call earlier this week, according to Phyu.

“I told her she’s a very strong Marine,” Phyu said.

Ohu and her sister were born in a Burmese refugee camp in Thailand, Phyu said. The family later settled in Fort Wayne, Indiana, before both sisters joined the military.

“She’s my younger sister but I look up to her,” Phyu said. “She loves being a Marine and defends it, wears her uniform with such pride. But at some point your mental health has to come first.”

In 2015, while stationed in Okinawa, Japan, a fellow Marine sexually assaulted Ohu, she told her sister, defense attorney and boyfriend.

“Thae has gone through serious turmoil, pain, and suffering since” the assault, her boyfriend, Michael Edward Hinesley, also a Marine, wrote in an April letter to Ohu’s commanding officer. “She had gone internal and tried to keep her haunting past a secret since she believed that was the only way to hide from the humiliation she faced. Her efforts to hide and keep everything internal didn’t work and that very thing that she didn’t want to affect her personal life or career, did just that.”

The letter was provided to The Virginian-Pilot by Phyu. Hinesley did not respond to requests for an interview.

It’s unclear when exactly Ohu first reported the assault to military officials, but she said in the letter to McSally that she told her command in 2018. She said she was diagnosed with PTSD that year.

“I have continuously expressed my issues and I have mentioned my sexual assault to my leadership since” then, Ohu wrote in the letter. “However, I did not receive the care from my Command that I needed and instead they put me in a more grieving and hostile working environment that was degrading my mental health treatments instead of improving it.”

The Marine Corps declined to discuss Ohu’s allegations her case was mishandled.

In the letter to McSally, Ohu said she was arrested for the April 5 incident. Hinesley, the boyfriend, wrote Marine officials in mid-April to say that he didn’t think they should pursue any charges against her.

“She is a victim of sexual assault and everything that has happened to her can be easily tied to her service related trauma,” Hinesley wrote. “Taking care of victims of sexual violence is what we do as Marines and we don’t hang them out to dry.”

Ohu’s defense attorney, Capt. Tyler Blair, wrote in an April memo to the Dam Neck detachment’s commanding officer that recent allegations stemmed from “a bad reaction with her prescribed medication that gave her a psychological break.”

That and other misconduct allegations that Ohu “verbally chastised Marines for doing their work poorly,” Blair wrote, “are not serious enough to warrant the command depriving her of her medical retirement.”

It is unclear what exactly will happen next or when. The Marine Corps’ legal handbook states that a service member must be given an arraignment within 120 days of pretrial restraint.

Ohu wrote that all she wants is access to medical care and a fair trial.

Military officials, she said, “were reactionary instead of helping me in the beginning.”

“Now I’m facing a bigger battle and I don’t know if I can handle it anymore.”