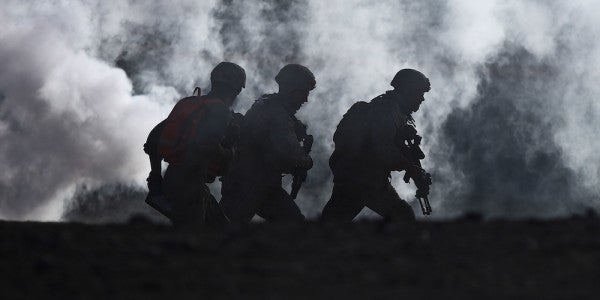 The sprawling 600,000-acre San Bernardino County training base was put on lockdown and all Marine and civilian personnel were told to shelter in place.

“Shortly after 8:30 a.m., the individual sustained a self-inflicted gunshot,” said Capt. Nicole Plymale, a base spokesperson. Military police on the base had been in contact with the Marine.

The Marine was airlifted to Desert Regional Medical Center in Palm Springs and later died.

The Marine, who was not identified, served with the 1st Marine Division at Camp Pendleton.

All gates at the base were reopened and the shelter-in-place order lifted by 9:30 a.m.

The base is one of the Marine Corp’s largest and provides realistic training for most West Coast units before they head out on deployments. About 8,500 people on base.