A new squadron of MV-22B Ospreys has been activated at Marine Corps Air Station Miramar, marking the end of a... 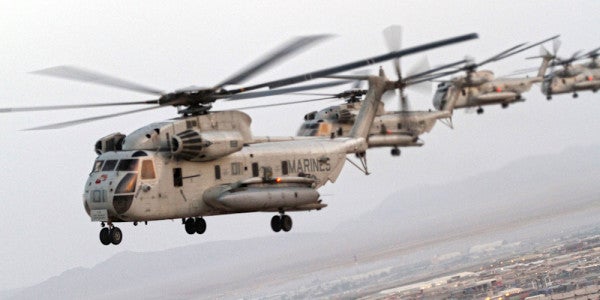 A new squadron of MV-22B Ospreys has been activated at Marine Corps Air Station Miramar, marking the end of a modernization transition for Marine aviation and the return of a historic unit to active flight status.

When the Marines deactivated Marine Heavy Helicopter Squadron 362 in 2012, it wasn’t clear if — or when — the “Ugly Angels” would return.

“I’ve been extremely fortunate to have this opportunity to be the current last CO of the Ugly Angels, but my sincere hope is that I’m not the last CO,” said Lt. Col. Christopher Oliver, the Ugly Angel’s commanding officer at the squadron’s deactivation in 2012.

The Ugly Angels have a long history. The helicopter squadron was commissioned in 1952 and was the first to deploy to Vietnam, where, beginning in 1962, it flew the workhorse UH-34 “Huss,” an aircraft remembered fondly by Vietnam-era Marines.

After returning stateside for a few years, the Ugly Angels flew the Huss continuously in Vietnam from September 1965 until August 1969.

Dick Moser flew with the Ugly Angels in Vietnam from 1966 to 1967. He attended the reactivation ceremony at Miramar recently.

“It’s really moving,” he said, remarking on seeing his old squadron fly again. “The young men and women are really embracing our history. We’re delighted to see them back.”

In 1969, the squadron left Vietnam and was re-equipped with then-new CH-53 Sea Stallions, which it flew for the next 43 years.

In the Marines, the transition from older helicopter aircraft to the new tilt-rotor Ospreys began in 2005. With the reactivation of the Ugly Angels — now designated a Marine Medium Tiltrotor Squadron — the Marines’ 14-year transition is almost complete.

VMM 362 is the next-to-last Osprey squadron being activated by the Marines.

The Osprey requires pilots to be multi-skilled, according to 2nd Lt. Fredrick Walker, a spokesman for the 3rd Marine Aircraft Wing.

“To fly the Osprey successfully, a pilot must think like — and have the skill sets of — both a fixed wing and rotary wing pilot,” he said.

The Ospreys are not replacing heavy helicopters in the Marines completely. The CH-53E “Super Stallion” is still flown by several squadrons and the CH-53K “King Stallion” is under development.

Walker said the Ugly Angels would be fully outfitted with its complement of Ospreys by 2020.