The suspect in the shootings Monday of a central Kansas sheriff and undersheriff was a former Marine who once kept an AK-47 machine gun under his bed and stored two dozen pipe bombs and other explosive materials on his property, federal court documents reveal. 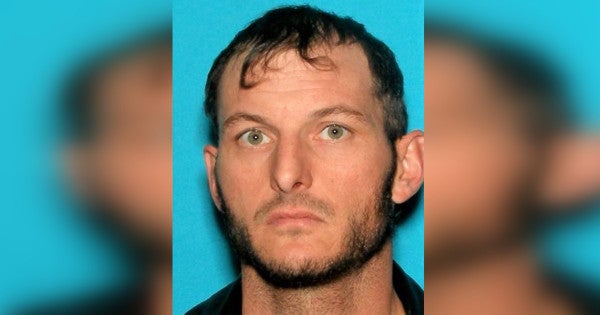 KANSAS CITY, Mo. — The suspect in the shootings Monday of a central Kansas sheriff and undersheriff was a former Marine who once kept an AK-47 machine gun under his bed and stored two dozen pipe bombs and other explosive materials on his property, federal court documents reveal.

David L. Madden, of Alden, Kan., was found dead in the home of his father at 12:10 a.m. Tuesday after a 6 1/2–hour standoff with authorities. Madden's father, Thomas Madden, of nearby Raymond, Kan., also was found shot to death in the home.

The harrowing event that put many rural Kansas communities on edge played out on the same day that federal authorities in California accused a U.S. Army veteran of plotting a terrorist attack in Southern California. And it came less than three months after prosecutors in Maryland accused a Coast Guard officer of being a “domestic terrorist” who was amassing an arsenal of weapons and drawing up a hit list that included prominent Democrats, two Supreme Court justices and television journalists.

The mounting cases of violent acts involving veterans of the armed forces continue to raise concerns among those who monitor extremists, and some say the military isn't doing enough to root them out.

“The Department of Defense is a very large organization with over a million people in it,” said Daryl Johnson, a former senior analyst with the Department of Homeland Security. “So a very small percentage of them are going to be reflective of society, and have some extremists in their ranks.

“But that equates to a few thousand people. And these are people with access to classified information, with special military training in weaponry and the arts of warfare, and some have combat experience. Even one is too much.”

A U.S. Marine Corps spokesman cautioned not to paint all veterans with a broad brush.

“These events are obviously very newsworthy because they don't happen all the time,” said Capt. Joseph Butterfield. “The Marine Corps returns quality citizens back to the civilian world. That's one of the things we aim to do. But I do think we have to be careful with connecting too much to a service being the reason why something took place or why somebody committed some terrible act.”

In the California case, authorities on Monday said they had foiled a domestic terrorism plot directed at “multiple targets,” including Huntington Beach, the port of Long Beach and the Santa Monica Pier.

Officials said the suspect, Mark Steven Domingo, 26, was seeking to avenge recent attacks against Muslims. Domingo also talked of committing an attack similar to the 2017 massacre in Las Vegas and considered targeting white nationalists, Jews, churches and police, according to documents filed in federal court.

Domingo, a resident of Los Angeles, and former Army infantryman with combat experience in Afghanistan, accepted what he believed to be an improvised explosive device from an undercover FBI officer, the Justice Department said. The “bomb” was actually inert. Prosecutors charged Domingo with trying to provide material support to terrorists.

In February, Lt. Christopher Paul Hasson, 49, was ordered held without bond on drug and gun charges involving what federal prosecutors alleged was a domestic terrorism plot. Prosecutors said Hasson was a white nationalist who espoused extremist views and wrote about biological attacks. Court documents said agents found 15 guns and more than 1,000 rounds of ammunition in his apartment in Silver Spring, Md.

Last week, a federal judge in Maryland created a public outcry when he said Hasson was entitled to be released from detention prior to his trial after his public defender argued that the continued government detention was unlawful. The judge said he still had “grave concerns” about Hasson's alleged actions but that the charges to that point did not require that he be detained.

The violence in Kansas began shortly after 5 p.m. Monday, when Rice County Undersheriff Chad Murphy was shot four times — including once in the neck — within 30 seconds of pulling Madden over in a traffic stop just north of the Sterling, Kan., city limits about 70 miles northwest of Wichita. The Kansas Bureau of Investigation said Tuesday that a female and a child were with Madden in the vehicle at the time.

Madden then fled and drove to his residence in Alden, the KBI said, where he retrieved guns and ammunition. From there, the KBI said, he drove to the home of his father, 65-year-old Thomas Madden, in Raymond, Kan., and fatally shot him. When Rice County Sheriff Bryant Evans arrived about 5:40 p.m., David Madden shot him in the leg then exchanged gunfire with other officers, according to the KBI.

The standoff with multiple law enforcement agencies ended when authorities found David Madden's body about 12:10 a.m. The KBI said it is suspected that he died of a self-inflicted gunshot wound.

Murphy was flown to a Wichita hospital and was in critical but stable condition Tuesday, the KBI said. Evans was treated for his injuries and released.

Federal court documents show that Madden was indicted April 23 in U.S. District Court of Kansas on one count of illegal possession of a machine gun.

The documents also say that Madden, 37, is a person of interest in the disappearance of Megan Foglesong, an Alden woman who was reported missing in November 2015. An affidavit filed in the case says a KBI special agent who was investigating Foglesong's disappearance had contacted a special agent with the Bureau of Alcohol, Tobacco, Firearms and Explosives on several occasions to report that the KBI had received information that Madden was suspected to be involved with explosives or explosive materials.

On Feb. 22, 2017, the affidavit says, Madden led authorities on a high-speed chase that began in Ellinwood, Kan., and went through Rice and Barton counties. Madden was arrested later that day after a standoff with law enforcement officers at his residence in Alden.

A Feb. 25, 2017, search of Madden's property yielded two wooden crates in an outbuilding that contained 24 metal pipe bombs, each wrapped with metal bailing wire and some also wrapped with black electrical tape, according to the affidavit. Searches the next day turned up 12 containers of smokeless powders and two live military ordnance projectiles.

Authorities conducted another search on March 9, 2017, and discovered an AK-47 machine gun under Madden's bed. They also found a railroad torpedo, which is a regulated explosive item, and a .45-caliber semiautomatic pistol.

A KBI agent interviewed Madden in the Rice County Jail on April 11, 2017, according to the affidavit. In the 34-minute interview, Madden “admitted to making and lighting off pipe bombs and said he had been doing this since he was a kid,” the document says.

Madden's records released Tuesday by the Marine Corps do not indicate that he was ever deployed to Iraq. The records show that he served in the Marines from June 19, 2000, to April 15, 2004, attaining the rank of private first class on Oct. 9, 2003. He was a light armored vehicle crewman, according to the records, and received a National Defense Service Medal, a decoration to recognize all military members who have served in active duty during a declared “national emergency.”

At a news conference Tuesday morning, KBI senior special agent Stephen Rosebrough said he did not have any information on why Madden was not still in jail on Monday. Kansas Department of Corrections records list his current status as “absconder” as of Feb. 11.

Rosebrough said authorities don't know what may have motivated Madden to do what he did.

“We'll never know what his true motive was now,” he said.

WATCH NEXT: How White Supremacist Groups Target US Military Veterans For Recruitment