The Marine Corps hasn't done anything like it in decades. 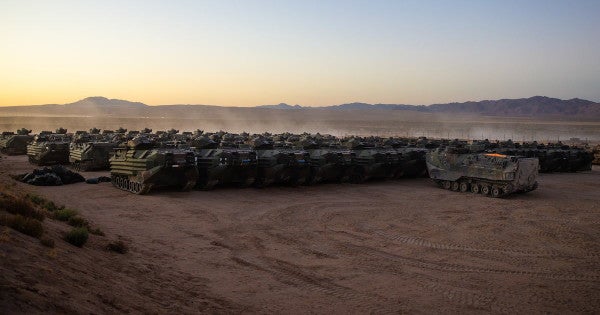 The Marine Corps hasn't done anything like it in decades.

The troops will be pitted against each other in a force-on-force battle as they prepare for a different kind of fight — one against an enemy with sophisticated equipment and skills.

Most of the Marines participating are from the North Carolina-based 2nd Marine Division, which hasn't conducted a multi-regimental live-maneuver exercise in decades.

The unscripted Marine Air-Ground Task Force Warfighting Exercise, or MWX, will run for days. In a Wednesday release announcing it, Marine officials called it “unlike any exercise held at the Marine Corps Air-Ground Combat Center.”

“An exercise of this scale – force-on-force, multi-regiment outfitted with significant information operations and assets – hasn't been conducted in the Marine Corps in my lifetime,” Maj. Gen. David Furness, 2nd Marine Division's commanding general, said in the release.

It will test Marines to operate against a “thinking enemy,” he added. That's something that was on Gen. David Berger's mind since before he became the Marines' top general.