The commanding officer of a San Diego-based Marine Corps fighter squadron was removed from command due to concerns of poor... 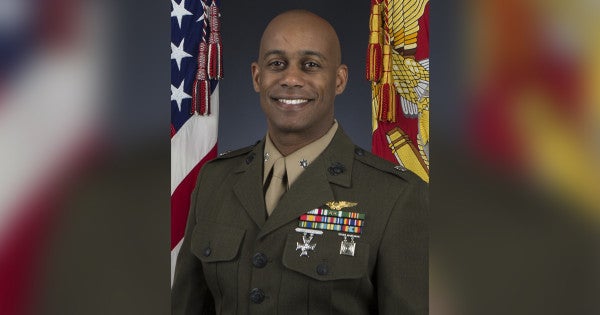 The commanding officer of a San Diego-based Marine Corps fighter squadron was removed from command due to concerns of poor judgment, the Marines said in a statement Thursday.

According the 3rd Marine Air Wing's statement, Featherstone was “relieved for cause following concerns of poor judgment.”

“The relief came as a surprise from an otherwise exceptionally performing commander with a long and distinguished career,” the statement says. “It is a necessity to enforce standards and is vital that 3rd MAW provides strong and effective leadership to promote operational excellence, trust, and combat readiness.”

Reached by phone Thursday, Air Wing Spokesman 1st Lt. Fredrick Walker told the Union-Tribune Featherstone is an “honorable Marine who upholds the values of the Marine Corps,” but declined to go into detail about what the causal factors were in the firing.

A photo taken at the Jan. 23 ceremony.U.S. Marine Corps

According to the Marine Corps Times, at that event an F/A-18D, with Featherstone in its rear seat, flew lower and faster than approved.

An interim officer-in-charge was assigned to finalize the squadron's transition, the Marine Corps' Thursday statement says.