A former U.S. Marine sergeant and Orlando gun shop owner was found guilty by a Fort Lauderdale federal jury Friday of conspiring with a Haiti senator and others to illegally export 166 semi-automatic guns and 30,000 rounds of ammunition to Haiti 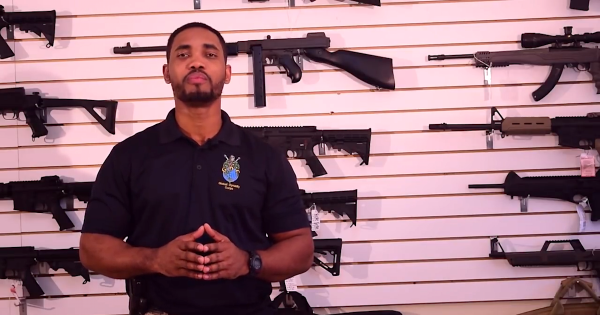 A former U.S. Marine sergeant and Orlando gun shop owner was found guilty by a Fort Lauderdale federal jury Friday of conspiring with a Haiti senator and others to illegally export 166 semi-automatic guns and 30,000 rounds of ammunition to Haiti.

Junior Joseph's guilty verdict on conspiracy to export firearms and four other counts came after five days of testimony and an hour of deliberation by the 12-member jury. The charges included providing false statements about the sale of a 9 mm Glock 17 pistol that was smuggled to Haiti as part of the illegal weapons stash but was later stolen.

During the trial, federal prosecutors presented jurors with dozens of witnesses plus bank, wire transfer and phone records to bolster the government's case that Joseph and his older brother Jimy Joseph “knowingly and willfully” exported and caused to be exported from the United States semi-automatic and assault rifles without a license.

The Joseph brothers were both accused of filling a truck with high-powered single and double-barrel 12 gauge shotguns and assault rifles, and shipping it aboard a Monarch Shipping Lines freighter from Palm Beach to Haiti in August 2016. Jimy Joseph is scheduled for trial next week.

Hidden in the back of a 2001 Mitsubishi Fuso truck that left Palm Beach County in late August 2016, the illegal cache of arms was uncovered by Haitian customs officials during a routine check at the port of St. Marc, outside of Port-au-Prince, on Sept. 8, 2016.

At the time of the Haiti discovery, Junior Joseph was in constant communication with Jimy, who had flown to Haiti to meet the cargo, and had unsuccessfully tried to clear the truck without the weapons being detected. Junior wired Jimy $2,000 and also tried to help him get the truck out of customs, Whatsapp text messages presented by prosecutors revealed.

The messages involved conversations between Junior Joseph, Haiti Sen. Herve Fourcand and Fourcand's brother, and Edouard “Dollar,” the pseudonym of a close associate of the country's recently replaced police chief.

“They all are involved in making sure this shipment of guns gets to Haiti,” Assistant U.S. Attorney Adrienne Rabinowitz said in closing arguments. “Junior is mission control with the people in Haiti.”

During the trial, U.S. State Department and Department of Commerce employees testified that Haiti is under a U.S. arms embargo and therefore the export of weapons, ballistic armor and even defense training requires a license or written approval from the U.S. government.

While Junior Joseph had applied for such licenses, his applications were denied after U.S. Embassy officials in Port-au-Prince told the U.S. State Department that Joseph's Orlando-based company, Global Dynasty Corp., did not have a contract with either the Haitian police or government to provide defense training to police or private security contractors as he had purported in his application. The May 2016 denial of the licenses should have dissuaded Joseph from his dream of expanding his firearms business and training to Haiti, Rabinowitz said. But it did not.

“By May 10 when Junior gets an email saying you don't have a license anymore, he's ready to rock and roll with this shipment. But he has no license. … He knew he was breaking all the rules,” she said. “He decides to sell 166 guns on paper to his brother to cover his tracks.”

At the same time, Rabinowitz said, Junior Joseph is “negotiating with someone in Haiti to sell the guns,” and on June 27 received a text message from Sen. Fourcand asking him for the invoice for the truck and the name of the boat.

“Before the guns were even dropped off, and after his licenses were denied, Junior is already negotiating with Sen. Fourcand about the shipment,” she told jurors. Jimy Joseph may have been the one who dropped off the guns in Palm Beach to be illegally shipped to Haiti, Rabinowitz said, but Junior Joseph, is “giving information to the senator in Haiti who is going to try and make sure this stuff clears customs.”

Fourcand was not charged in the case. But his name and that of Godson Orélus, the former police chief who was arrested by a Haitian investigative judge and remains in jail on weapons trafficking charges in connection with the shipment, were prominently mentioned throughout the trial.

Junior Joseph's defense attorney, Robert Berube, told jurors that while it is clear guns were sent to Haiti, his client was not the one responsible for the illegal shipment. He blamed Jimy while arguing that despite the government's “huge number of witnesses,” they lacked evidence showing Junior and Jimy Joseph had an agreement to smuggle the firearms and ammunition.

“Jimy Joseph is a sneaky guy,” Berube added. “He's well aware that Global Dynasty and his younger brother didn't get a license. He would throw anyone under the bus, that's how he operates. Junior Joseph is an honest guy.”

In the end, the jury did not buy Junior Joseph's defense — blaming his brother — and found him guilty on all five counts. As the verdict was read, his wife Norma, who accompanied him to trial every day, fell to the ground crying. Judge William P. Dimitrouleas denied a request for Joseph to remain free on bail until his sentencing and he asked U.S. marshals to take him into custody.

As the marshals moved in and began removing Joseph's coat, one of his brothers, referencing his military service, yelled from the audience, “This is how the government thanks my brother?”