The Marine Corps is gearing up for a complex ground fight by adding hundreds more infantry squad leaders, special operators, cyber Marines and information warfare experts, according to 2020 budget documents. 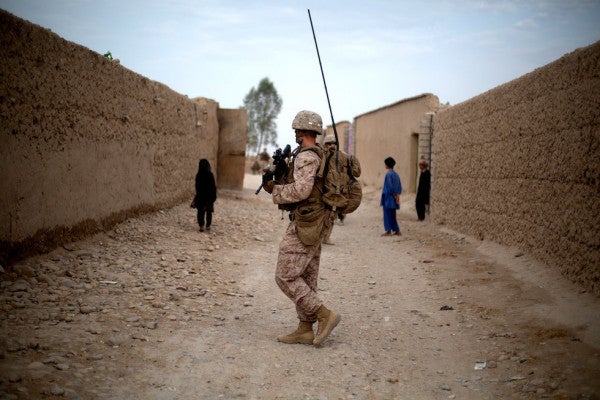 The
Marine Corps is gearing up for a complex ground fight by adding hundreds more infantry squad leaders, special operators, cyber Marines and information warfare experts, according to 2020 budget documents.

The Marine Corps is in the process of adding 330 new infantry squad leader billets. That number won't add to the overall size of the service. Instead, it is using “internal structure realignments” to create those slots, which will place “more experienced and better-trained leaders within the infantry formations,” according to the budget documents.

The Corps is already
throwing big re-enlistment bonuses at infantry noncommissioned officers to get experienced grunts to stay. About 110 of the new slots have already been filled, Maj. Craig Thomas, a spokesman for Marine Corps Manpower and Reserve Affairs, told Military.com.

The service's total end strength will increase by 100, up to 186,200 in fiscal 2020. Leaders want to fill those new positions with “Marines with special skills,” the budget documents state, including those in
special operations; intelligence operations; and electronic, information and cyber warfare.

“Our manning requires leaders with the grade, experience, technical and tactical qualifications associated with their billets, which is essential to the Marine Corps as a 'fight tonight' force,” the documents state.

The service is also investing significantly in ground equipment, based on recommendations from the Close Combat Lethality Task Force, a group working to improve the survivability and performance of
Army and Marine Corps infantry units.

The Marine Corps wants new 635 Carl Gustaf recoilless rifles, which
Military.com reported in 2017 would be coming to every infantry squad. The 84mm weapon is replacing the MK153 Shoulder-Launched Multipurpose Assault Weapon, or SMAW.

The Corps is also funding 18,142
squad common optics, which can be used with the M4 carbine, M4A1 and M27 infantry automatic rifle. And Marines will get 1,463 squad thermal sights, which allow them to see in the dark, fog or other obscureness.

Bigger-ticket ground items include 77 amphibious combat vehicles, up from the 66 budgeted in 2019. And the Marine Corps will continue to put big money into
High Mobility Artillery Rocket Systems. The service is nearly tripling the total buy from last year, with 60 new HIMARS planned for 2020.

Long-range rocket and artillery capabilities are
a big priority for the service, as Marines face new threats in the maritime environment. Commandant Gen. Robert Neller warned in a 2016 operating document that the challenge will continue to grow as adversaries try to hold Marines at bay at greater distances, denying their ability to maneuver.

Marines also want to be able to shoot down drones as the threat of unmanned aircraft has grown on the battlefield with the proliferation of cheap, off-the-shelf products. The Marine Corps plans to field 50 more Ground-Based Air Defense systems next year.

There are also plans to purchase 10 more
F-35B Joint Strike Fighters, which can take off from and land vertically on ships, and 10 F-35Cs. The Marine Corps also plans to buy six more CH-53K heavy-lift helicopters, down from eight budgeted last year.

And
like the Navy, the Corps will purchase aircraft to prep its pilots for air-to-air combat. In total, the sea services plan to buy 22 F-5 Tiger IIs next year — 11 for the Navy and 11 for the Marine Corps.