A Marine who drowned while saving two children in San Diego last week was a master sergeant who deployed to Iraq and Afghanistan while serving nearly two decades in uniform. 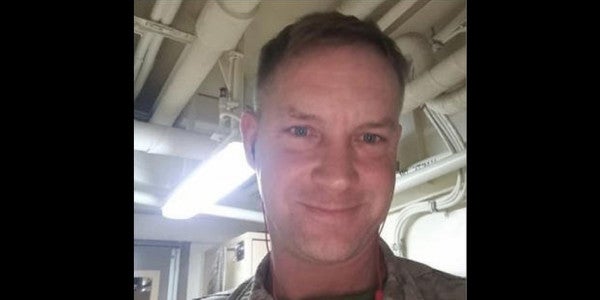 A Marine who drowned while saving two children in San Diego last week was a master sergeant who deployed to Iraq and Afghanistan while serving nearly two decades in uniform.

Col. Matthew Reid, the Tactical Training Exercise Control Group's director, told Military.com that Briar was “one of our best.”

“We are all saddened by this tragic event, but proud of him and we will never forget him and his service,” Reid said. “Our thoughts, prayers, and never-ending support go out to Master Sergeant Briar's family and friends during this difficult time and beyond.”

Briar, who was from Oakland, Michigan, joined the Marine Corps in May 2000, according to his career records. He served with the Camp Pendleton-based 3rd Battalion, 1st Marines and 1st Battalion, 11th Marines; and 8th Communication Battalion in North Carolina, among other units.

He deployed to Iraq in 2003 and 2007 and to Afghanistan in 2013. Last year, Briar also deployed with a Marine expeditionary unit.

The master sergeant's death remains under investigation. Members of the Briar's family could not immediately be reached for comment.

He's at least the second Marine to drown while off duty this year. In May, a lance corporal died while swimming after getting caught in a rip tide in Emerald Isle, North Carolina.

A GoFundMe account set up to benefit Briar's family states that the master sergeant died on his wedding day, and that the children he saved were his step children.

But Debbie Robinson, Briar's mother, disputes that account. She told Marine Corps Times, which reported Briar's death on Wednesday, that the Go Fund Me account is “false and fraudulent” and was being investigated. Her son was not married, she told the paper, and he did not save his girlfriend's kids.

Military.com was not immediately able to confirm the details stated on the GoFundMe page, which has raised more than $2,000. The person who organized the fundraising account did not respond to a request for comment.