Staff Sgt. Michael R. VanVliet, 36, died at the scene of a single-vehicle crash early Saturday morning on U.S. 258 near Jacksonville. He was assigned to 3d Battalion, 10th Marine Regiment and served his country for 18 years 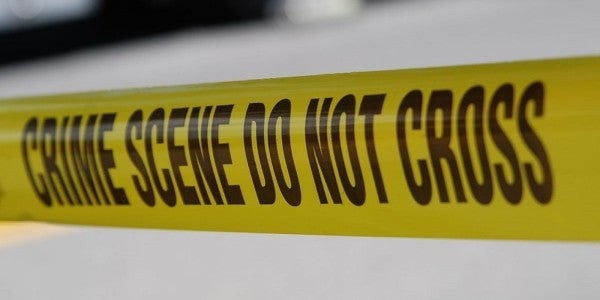 Staff Sgt. Michael R. VanVliet, 36, of Hubert died at the scene of the single-vehicle crash that occurred about 1:20 a.m. on U.S. 258 near Jacksonville, according to the Highway Patrol.

VanVliet was traveling south on U.S. 258 near the intersection with Country Squire Lane when he ran off the road to the right, struck the curb and collided with a wooden post, said Highway Patrol Sgt. Mike Davis.

Davis said VanVliet was found a short distance from his motorcycle after a passerby saw the lights still on the motorcycle on its side by the road.

Davis said there was no indication of speeding or other factors that may have contributed to the crash.

“We don't know why he ran off the road,” Davis said.

VanVliet was assigned to 3d Battalion, 10th Marine Regiment and served his country for 18 years.

“3/10 is deeply saddened by this sudden loss of one of our Marines. As a loved member of the 'Saipan' team, Staff Sgt. VanVliet will truly be missed. We understand that this is an even more difficult time for Staff Sgt. VanVliet's family and our thoughts and prayers go out to them,” said Maj. Jarod Overton, Executive Officer, 3d Battalion, 10th Marines.

VanVliet enlisted in the Marine Corps Delayed Entry Program and attended recruit training at MCRD San Diego in October 2001, and was assigned to 3d Battalion, 10th Marines in September 2019.