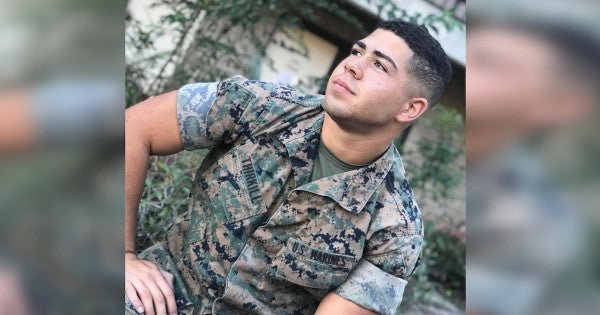 A Marine was killed in a crash near Marine Corps Air Station Beaufort on Saturday afternoon.

The collision happened around 4 p.m. at the intersection of Shanklin Road and U.S. 21, according to the South Carolina Highway Patrol.

A 2016 Hyundai Elantra was traveling south on U.S. 21 when Thirkill's 2014 Ford Focus turned into its path from Shanklin Road, said Cpl. Sonny Collins, spokesman for the highway patrol.

Thirkill, the driver, was killed in the crash, Allen said.

His wife and 5-month-old child also were in the vehicle, he said.

Thirkill was a 2016 graduate of Florence High, where he was a quarterback on the football team, according to Max Preps.

His Facebook page states that he married his wife, Olivia, in 2018.

“My heart is absolutely breaking. Please keep the Thirkill family in your thoughts and prayers as they have lost such a selfless, brave, and incredible human being. Derrick Thirkill was a good friend to everyone he knew. He ALWAYS knew how to brighten up someone's day,” one of the posts read.

Read another: “Waking up on a day supposed to be filled with happiness for all fathers, I'm sadden to hear that a close friend and brother passed away. Derrick Thirkill, you were a great leader and role model for many.”