It wasn't until more than two weeks later authorities finally caught up to Michael Brown at his mom's home. 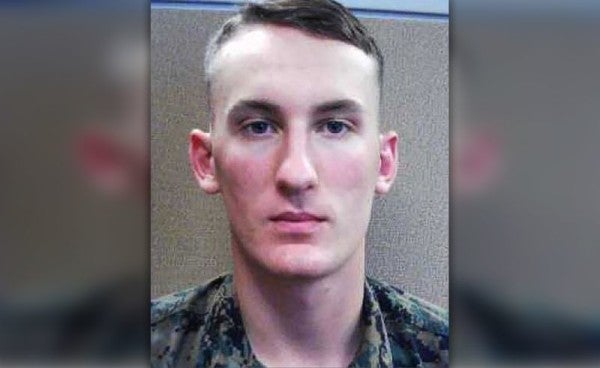 A Marine wanted for killing his mother's boyfriend reportedly escaped police by hiding inside an RV they'd spent hours searching before towing it to a parking lot, where he escaped under the cover of darkness.

It wasn't until more than two weeks later authorities finally caught up to Michael Brown at his mom's home, which was the scene of the crime.

Brown stuffed himself into a tight spot in his camper during an hours-long search of the vehicle on Nov. 10, according to NBC affiliate WSLS in Virginia. A day earlier, cops said Brown fatally shot his mother's boyfriend, Rodney Brown. The AWOL Marine remained on the lam until Nov. 27, where he was finally apprehended without incident.

While authorities were remiss to confirm Brown was under their noses throughout their seemingly thorough search early last month, which left the recreational vehicle looking like it had been by a tornado, his lawyer reportedly confirmed the 22-year-old suspect was tucked “behind a cabinet, somewhere near the top” the whole time.

Police began their search for Brown that day around 1 a.m. after they came across the vehicle behind a church in the mountainous town of Roanoke, VA.

By 6 p.m., authorities decided to call it a day and towed the RV — with Brown still in it — to a parking lot roughly five miles away. Once they left, he came out of hiding, jumped a fence and was on the lam again. His attorney claims there's video showing him leave the parking lot.

Brown is awaiting trial for killing his mother's longtime beau, whom he grew up believing was his father, according to WSLS. Brown's lawyer claims Rodney physically and mentally abused her client as a teenager.

He reportedly left his post at North Carolina's Camp Lejeune in mid April. The Marine Corps put out a statement after Brown's arrest condemning his alleged actions and praising law enforcement.