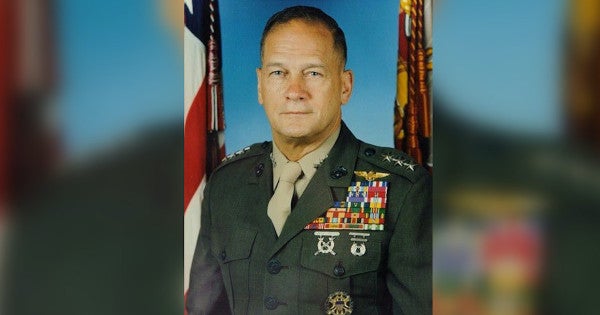 Retired Lt. Gen. Charles “Chuck” Pitman Sr., whose heroics against Mark Essex that day earned him the eternal gratitude of city leaders and first responders, was 84.

In nearly four decades as a Marine, which included three combat tours in Vietnam, Pitman earned numerous medals: Silver Stars for valor; Distinguished Flying Crosses; and a Purple Heart, among others.

But in an interview with The Times-Picayune in 2013, Pitman said perhaps his proudest achievement was being named an honorary New Orleans Police Department captain for piloting the helicopter that turned the tide as police exchanged gunfire with Essex.

Pitman never sought permission from his superiors to fly that mission, he said, only forgiveness.

“The thing with him was, if you're going to be a Marine, you've got to do what you've got to do,” his son, Charles Pitman Jr., said. “He was always happy he did what he did.”

Essex then broke into a nearby warehouse and killed officer Edwin Hosli Sr., who went to the warehouse to investigate an alarm which Essex tripped.

A week later, on Jan. 7, 1973, Essex arrived at the Downtown Howard Johnson's Motor Lodge in the 300 block of Loyola Avenue — now a Holiday Inn — across from New Orleans City Hall. He killed the hotel's general manager, its assistant manager, and a newlywed couple staying as guests.

He set fire to some of the 17-story hotel's rooms, apparently to attract first responders to the scene. Armed with a .44-caliber carbine, Essex began firing at them as they arrived.

He fatally shot three NOPD officers: Phil Coleman, Paul Persigo and Deputy Superintendent Louis Sirgo. Essex continued shooting, wounding a dozen other people as he shielded himself in a concrete, rooftop cubicle, beyond the NOPD's reach.

Like the rest of the paralyzed city, Pitman was watching news coverage of Essex's attack, when he decided he'd had enough.

A 37-year-old lieutenant colonel in charge of a Marine air unit station in Belle Chasse, he gathered up a volunteer co-pilot and two crew members, and flew them all in a CH-46 Sea Knight helicopter to a parking lot near the hotel.

Several NOPD officers armed with rifles hopped aboard the twin rotor transport helicopter, which Pitman repeatedly flew over the rooftop. Essex would occasionally venture out to fire at the helicopter but return to his cover before the cops could get a clear shot on him.

On the critical flyover, Pitman doubled the helicopter back instead of retreating as he had on previous occasions. The maneuver caught Essex far from the cubicle, and — with a spotlight illuminating him — officers in the helicopter and on rooftops of surrounding buildings emptied their weapons.

Essex fell dead, having been shot more than 200 times. The crisis was over.

“If (Pitman's involvement) would not have happened, we would have lost more people,” said Larry Preston Williams, who was among the officers who scrambled out to the hotel that day. “He was instrumental … in taking out Mark Essex.”

Nonetheless, Pitman later faced the possibility of a court martial, having deployed military personnel and resources to quell a municipal matter without first obtaining the proper authorization. But the matter was dropped after longtime U.S. Rep. F. Edward Hebert, a powerful New Orleans Democrat who at the time headed the House Armed Services Committee, intervened.

The Marine Corps transferred Pitman out of New Orleans in June 1973. The most difficult chapter of his career happened in 1980, when he took charge of helicopter crews who tried to rescue 52 Americans being held hostage in Iran. One of the helicopters collided with a transport plane, and eight military members died.

Pitman went on to become the Marine Corps' deputy chief of staff for aviation in 1987 and earned the rank of lieutenant general in 1988.

Pitman retired from the Marines in 1990 and lived much of the rest of his life in Pensacola Beach, Florida. He was an aircraft maintenance company consultant and a special weapons and tactics training group adviser in Texas.

His son said reminders of his father's accomplishments surrounded him in his final days. Both Naval Air Station Pensacola and the Texas hospital where the elder Pitman was being treated at the end flew their flags at half-masts, Pitman Jr. said.

Pitman's survivors include his wife and four children. Details for a March 9 funeral at Marine Corps Base Quantico in Virginia are being finalized, Pitman Jr. said Tuesday.