The commander of Marine Corps Air Station Kaneohe Bay was relieved of command following an investigation into an April "liberty incident," the Marine Corps said 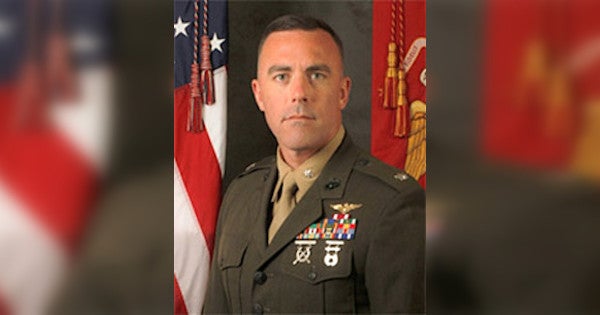 The commander of Marine Corps Air Station Kaneohe Bay was relieved of command following an investigation into an April “liberty incident,” the Marine Corps said.

Lt. Col. Nathan Baker assumed command of the air station last June, according to his biography.

Baker was relieved by Maj. Gen. Paul J. Rock Jr., the commanding general of Marine Corps Installations Pacific. “After a thorough review of a (Marine Corps Base Hawaii) command investigation related to an April 2019 liberty incident,” Baker was removed “as commanding officer of Marine Corps Air Station Kaneohe Bay due to a loss of trust and confidence in his ability to continue to serve in that position,” the base said Thursday in a news release.

A “liberty incident” refers to conduct that occurred during a service member's off-duty hours.

A Marine Corps official said no additional information on Baker's removal was available, including where the incident took place.

Baker, whose pilot call sign is “Lips,” graduated from Western Kentucky University in 2000, was designated a naval aviator in 2004 and accumulated over 2,900 mishap-free flight hours, including over 2,500 in the EA-6B Prowler, an electronic warfare aircraft, his biography states.

“The Marine Corps holds all Marines, especially commanders, responsible for their actions, and is committed to upholding high standards of honor, courage and commitment within the ranks,” the base release said.