Three married U.S. Marine officers have found themselves under investigation for a night in February that went off the rails... 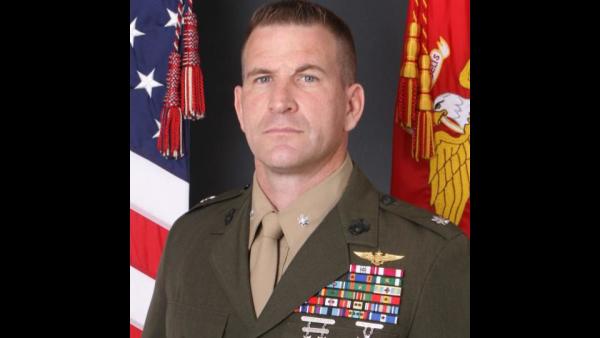 Three married U.S. Marine officers have found themselves under investigation for a night in February that went off the rails in Bogota, Colombia, involving allegations they went drinking with some local women, were slipped illicit drugs, robbed of U.S. property and landed in a local hospital emergency room.

The men may have fallen prey to what is known as “burundanga poisoning,” according to a report on the investigation conducted by the Marine Corps Forces, South, a Southern Command subsidiary, and obtained by the Miami Herald.

That means they could be charged with “conduct unbecoming an officer” at the very least. Marine Col. Michael Farrell, the MARFORSOUTH chief of staff, wrote the report for Marine Brig. Gen. Kevin Iiams, who was the commander at the time of the episode but left the decision on what action to take to Marine Major Gen. David Bellon, who replaced Iiams on Tuesday.

The trio ventured into a working-class section of Bogota that is off limits to Pentagon personnel, violated a 1 a.m. curfew and brought four women back to their hotel rooms. The Marines had earlier held a business conference at the hotel, according to Farrell’s report.

At least two of the officers blacked out in their rooms, apparently in the company of two local women, while another officer drew cash advances off his U.S. government travel card and brought two prostitutes to his room, according to the report. Some of the Feb. 3-4 activity was captured on hotel security cameras. The three officers walked four women through the hotel lobby at about 4:30 a.m., past fellow Marine officers who were mustering for a van ride to the airport at the end of the conference.

The investigation noted that at the start of their trip the Marines were briefed on “the specific hazard associated with local nationals utilizing the drug scopolamine to incapacitate and rob their victims.” It also found that, while all members of the delegation had taken Survival, Evasion, Resistance and Escape, or SERE, training, Mueller had not taken Anti-Terrorism Level 1 training, a prerequisite for travel to Colombia.

MARFORSOUTH spokesman Gunnery Sgt. Zachary Dyer declined to make any of the officers available to the Herald. “The incident is being assessed and appropriately adjudicated by the new U.S. Marine Corps Forces, South commander,” Dyer said by email Friday. “Until that process is complete, it would be inappropriate for the command or the Marines involved to comment on the incident or the investigation.”

He also said his unit “takes all allegations of misconduct seriously, and has thoroughly investigated this incident. … Marines are expected to uphold high standards of personal conduct and this command will appropriately address allegations of substantiated misconduct.”

McDuffie was the senior officer on the trip for the Colombia Staff Planners Working Group starting Jan. 31 at the Jazz Blue Doors Hotel. They met Colombian counterparts to plan for a meeting to map out future U.S. Marine-Colombia operations. The colonel and the two majors wound up in the hospital Feb. 4, rather than catching a flight home with the others.

The larger group of Marines started their night with drinks at the home of a Marine attache assigned to the U.S. Embassy. They moved on to the Ugly American Bar & Grill, a bar popular with U.S. Embassy workers and for its hamburgers, and then hit the Colombian Pub, according to the report. The other Marines peeled off and headed back to their hotel. But the trio picked up four local women and moved on, looking in but then rejecting two suspected strip clubs before ending up at a bar called Baracoa in the Galerias area, in a section of Bogota that is off limits to the Marines.

Somewhere along the way, according to the report, two of the men were slipped benzodiazepine, probably in their drinks, all three drank aguardiente, a highly intoxicating Colombian liquor, before returning to their hotel with the four women. Subsequently, someone stole Mueller’s work laptop and iPhone 6 as well as McDuffie’s iPhone 6, all government-issued equipment. Mueller’s personal iPad and iPhone were also stolen, the report said, as were McDuffie’s personal iPhone and iPod and cash.

Plus, he said: “The effects of this drug were magnified by a combination with the consumption of alcohol over an almost 11-hour period.”

Saenz apparently never blacked out and wasn’t drugged, according to the report. But he joined the other two as they “associated with women other than their spouses throughout the night, to include imbibing for a prolonged period of time, dancing with the women in public and being with them privately in their hotel rooms,” the investigation found. “This conduct is prejudicial to good order and discipline and constitutes conduct unbecoming an officer.”