"At no time during my seven months in the Office of Legislative Affairs, nor at any other time during my 33-year career, have I ever negatively singled out anyone for anything other than their job performance" 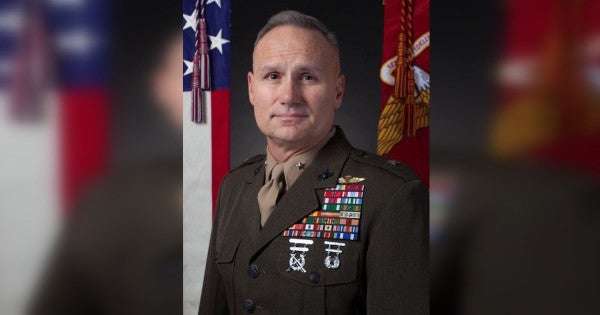 The Marine Corps general found to have repeatedly made derogatory statements about women and to have bullied his staff is hitting back against the findings of a months-long investigation into his wrongdoing.

Brig. Gen. Norm Cooling, the assistant deputy commandant for Marine Corps Plans, Policies and Operations, said a 47-page investigation into his time leading the service's legislative affairs office includes “statements attributed to me that I unequivocally did not make or were purposefully embellished.”

“At no time during my seven months in the Office of Legislative Affairs, nor at any other time during my 33-year career, have I ever negatively singled out anyone for anything other than their job performance,” Cooling told Military.com.

The Defense Department's inspector general investigated Cooling over 15 months following a complaint from the Senate Armed Services Committee that he'd made disparaging remarks about women. That investigation, Cooling said, failed to find instances in which he violated any laws or equal employment opportunity standards.

“I inadvertently offended some through random remarks that were taken in a different context other than I intended,” Cooling said. “… Had I been less demanding or willing to compromise standards, these allegations — which surfaced only during the promotion confirmation process — would have never emerged.”

Cooling, who became Commandant Gen. Robert Neller's legislative assistant in July 2017, said he set out to improve the performance of the office, which works closely with lawmakers, congressional staffers and military liaisons on Capitol Hill.

“But I did not account for the politically charged environment in which it operates,” he added.

Inspectors with the Pentagon's top watchdog office recommended that Neller “take appropriate action” after they substantiated several instances of Cooling's misconduct. That included violating Defense Department and Navy regulations on harassment prevention and abuse of authority, the report states.

Cooling made several comments in front of Marines and congressional staffers that devalued women, the investigators found, and also created a negative work environment that led to distrust.

He once told a male subordinate he would castrate him if he found out he'd withheld budget information from him, the report states. He also threatened to “jump out of the f—ing window” over a female officer's job performance, and said women make better secretaries than men, the investigation found.

Cooling said opening combat jobs to women hurt the men serving in those roles and told a Marine aspiring to become a naval aviator that he'd “rather his daughter work in a brothel than be a female Marine pilot,” the report states.

The general disputed some of the findings in the report, telling investigators he didn't recall making some of the comments witnesses described or that they were made jokingly. At one point, he told investigators the analysis should be removed from their report since they didn't find his statements had violated any standards.

They disagreed and stood by their findings.

“We determined that BGen Cooling conducted himself in a less than exemplary manner in his treatment of subordinates or in comments that devalued women on seven occasions during his -month and 17-day tenure at OLA,” the investigators wrote.

The Naval Academy graduate and career infantry officer said the many men and women he's served with over more than three decades can attest to his fairness. His experience as the commandant's legislative assistant has, however, changed his leadership style, he said.

“I can say that I would be more sensitive to the environment as, from the outset, I never intended to cause anyone offense,” Cooling said.

Whether Cooling will remain in his current assignment following the completed investigation, which was published Wednesday, remains to be seen. Leaders are currently reviewing the report and will take appropriate action in light of the substantiated misconduct, Maj. Brian Block, a Marine spokesman at the Pentagon, said this week.

“The Marine Corps expects every Marine, uniformed and civilian — and particularly those in leadership positions — to hold themselves to the highest standards in their personal and professional conduct,” he said.

The claims against Cooling occurred as Marine leaders work to end gender bias following a scandal in which more than 100 Marines were found to have shared nude photos of their female colleagues without permission. Cooling, according to the investigation, fought back against the idea that the service was facing a problem in its culture — directly disputing a claim Neller, the service's top leader, made while testifying on Capitol Hill.

As Cooling awaits his fate, he said he remains grateful for the opportunity to serve with Marines.

“It has been my life, and I could not have asked or hoped for a better one,” he said.