Editor’s Note: This article by Matthew Cox originally appeared on Military.com, a leading source of news for the military and veteran community. A U.S.... 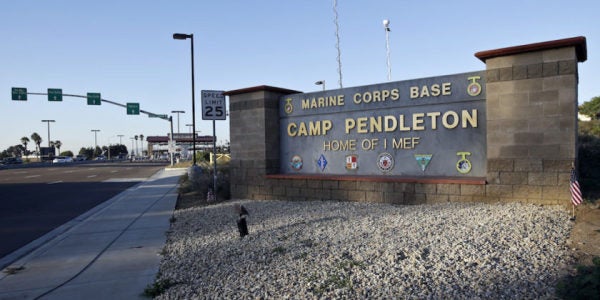 A U.S. Marine selected for promotion to sergeant major was arrested recently in California and charged with two felonies, one of which involved a deadly weapon.

Police from the Temecula area of California arrested Marine Corps Sgt. Maj.-select Jeremy Wayne King on Nov. 17 and charged him with one count of assault with a deadly weapon and one count of “terrorist threats,” a spokeswoman from Cois Byrd Detention Center told Military.com.

King, who is assigned to the Combat Engineer Battalion, 1st Marine Division, had a court appearance Nov. 21 and was released on bail, the spokeswoman said, but would not release further details about the incident.

He is scheduled to appear in court Dec. 7.

Military.com reached out to the Marine Corps for comment on the story but did not receive a response by press time.

The Corps recently put out a service-wide message to ensure that commanders report “criminal justice information” to the FBI on Marines prohibited from owning personal firearms.

The Nov. 12 Marine administrative message cites the November 2017 mass shooting in a Texas church, saying it could have been prevented if Air Force officials had reported former airman Devin Patrick Kelly's 2012 conviction for beating his wife and infant stepson to the FBI as required.

Marine officials said in the message that the Gun Control Act prohibits possession of a firearm or ammunition by a person who has been subject to command disciplinary proceedings or has been convicted at a special or general court-martial or in a civilian court of a crime of domestic violence.