In the early morning hours of March 15, Riley Schultz, a 19-year-old Marine from Longmont, California, was found at his guard post in Camp Pendleton, San Diego with an apparent gunshot wound to the head 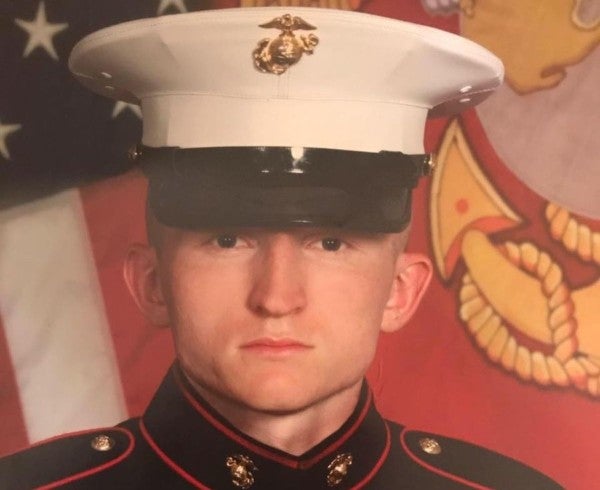 In the early morning hours of March 15, Riley Schultz, a 19-year-old Marine from Longmont, California, was found at his guard post in Camp Pendleton, San Diego with an apparent gunshot wound to the head. Less than 30 minutes later he was pronounced dead.

With an ongoing investigation into Schultz's death, the Marine Corps would not release any additional information regarding the incident. It did say, however, there will be a memorial for the fallen marine April 3 at Camp Pendleton.

Schultz, then 17, joined the Marine Corps in 2017, just before graduating from Roosevelt High School in Johnstown. With both of his grandfathers serving in the Navy during the Vietnam War, Schultz had long dreamed of becoming a Marine. Even as a 3-year-old his grandmother, Kathleen Schultz, remembers him practicing his army crawl with his dad and playing with toy tanks and trucks.

“He just loved the whole idea of being a Marine,” his mom, Misty Schultz-McCoy, said. “That was his only plan for after high school. I was worried, but that's what he wanted to do. He was so dedicated to it. It never occurred to me that he could die before he left for deployment.”

During training, Schultz's dedication to his craft was clear, earning a medal for his marksmanship, being invited to join the Marine Corps' competitive shooting team and eventually being promoted to lance corporal in the Marine Expeditionary Force at just 19.

“He absolutely loved it,” Kathleen Schultz said. “When he was here just after Christmas, that is all he could talk about. He wanted to serve his country and help people. He was really looking forward to being deployed.”

Those close to him said Schultz's passion for service first formed in 2003 after his father, David Schultz, died in a tragic car accident. Though David Schultz never served in the armed forces, he had thought about it prior to having kids and always respected his father's service, Kathleen Schultz said.

In July 2018, after completing his school of infantry training at Camp Pendelton, Riley Schultz posted a few pictures of him and his dad on Facebook with the caption: “I try my best every single day to live up to your standard and to make you proud. If I could tell you anything, it's that I've done it all for you, I miss you, dad.”

That desire to serve others, however, went far beyond his career as a Marine. Everyone from his childhood friends in Colorado to his fellow Marines in California keenly remembered his smile, his kindness and his ability to make people laugh.

“He was one of those kids that when you think about your career and why you got into this profession, his face sticks out,” said Trevor Long, principal of Roosevelt High School. “He was always engaged, always supportive of the other kids, always had a smile on his face and was just one of those kids everybody liked.”

In honor of Schultz, the Roosevelt High School student council organized a memorial on Wednesday with everyone wearing red to school.

While the Marine Corps told the Schultz family it is in the process of sending Schultz's body back to Longmont for burial, the family is still making arrangements for a funeral service. Anyone who would like to share their condolences can do so via mail to 814 Mt. Evans St., Longmont 80504.