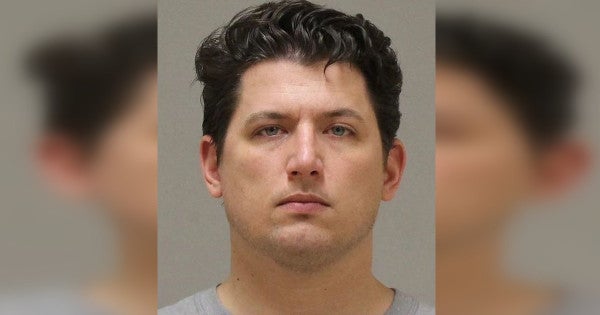 GRAND RAPIDS, Mich. – A former Grand Rapids schools teacher was sentenced to 35 years in federal prison for persuading a Florida teen to produce and send him sexually explicit photographs.

Philip Paauwe, 33, earlier pleaded guilty to coercion or enticement of a minor – age 15 to 17 – for convincing the girl to send the photos, which constitute child pornography.

Paauwe was sentenced Thursday, Sept. 12, by U.S. District Judge Paul Maloney in Kalamazoo. The judge ordered Paauwe to serve 10 years on supervised release once his prison sentence ends. He also ordered Paauwe to pay the girl $34,000 in restitution.

Paauwe was also accused of trying to arrange a sexual encounter with a 13-year-old girl, federal prosecutors say.

He had online communication with the Florida girl beginning in September 2017, continuing through early January. He persuaded her to send sexually explicit photos, court records said.

In the plea deal, a charge of sexual exploitation of a minor and a second count of coercion or enticement of a minor were dismissed.

Paauwe had not been in trouble before, his attorney, Matthew Borgula, said in court documents. He said his client's military service in combat zones had a profound effect on him.

At the age of 18, Paauwe joined the U.S. Marine Corps, expecting he would be face combat in the Middle East. He served two tours of duty in combat zones in Afghanistan and was honorably discharged in 2009.

He got married that year and was attending Grand Valley State University.

His attorney said that when he returned from the service, he suffered “severe depression and anxiety,” and sought mental-health treatment.

“He knew he needed help and attempted to find it, however, he could not seem to overcome his demons,” Borgula said. “Even the happiness of marriage and a strong family did not put Mr. Paauwe on the path to a normal, satisfying life.”

He said his client makes no excuses for his actions and has trouble finding an explanation.

“He cannot believe that he is the man that did and said such horrendous things. Mr. Paauwe knows that what he did was extremely wrong, and that the caused the victim, her family, and his own family great pain,” Borgula said.

He asked the judge to consider the “mental damage and stress he suffered as a result of his service in the Marine Corps, especially during combat. … At a minimum, there is a correlation between his service and his inappropriate behavior, if not a proven cause.”

He said that Paauwe did not deserve decades in prison.

Assistant U.S. Attorney Daniel Mekaru said Paauwe met the victim on a social-media site when she was a 15-year-old high-school sophomore.

“He manipulated and introduced her to a depraved world of grotesque sexual sadism. He instructed her to submit to a host of depraved and degrading acts. He gave her a list of strict rules for her to follow. When she failed to obey those rules, he demanded that she punish herself. Paauwe knew that she had a history of cutting herself and told her to cut herself on camera for him.”

He called Paauwe a “vile manipulator of children with a deeply depraved sexual appetite for abusing children.”

He said Paauwe took jobs where he could interact with children.

The defendant also once sent a text message about raping and killing girls, Mekaru said. It provides “insight into a sick, depraved, and destructive mind,” the prosecutor said.