A Twentynine Palms man who federal prosecutors said made over 10,000 harassing phone calls to government offices, which included threats to kill congressional staffers, was convicted Wednesday on six counts 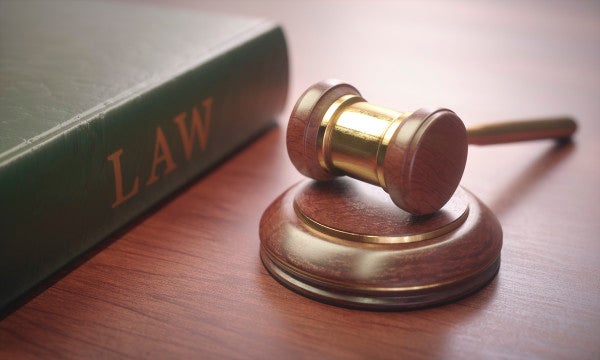 A Twentynine Palms man who federal prosecutors said made over 10,000 harassing phone calls to government offices, which included threats to kill congressional staffers, was convicted Wednesday on six counts.

A jury found Robert Stahlnecker, 48, guilty on one count of making threats by interstate commerce and five counts of anonymous telecommunications harassment, according to a statement from the U.S. Attorney's Office – Central District of California. He was acquitted of two counts of threatening federal employees.

He faces a maximum sentence of five years in federal prison at a May 4 hearing in U.S. District Court in Los Angeles.

According to court records, Stahlnecker made the calls between January and November 2019, and followed a similar pattern in which he complained about a U.S. Department of Veteran Affairs Hospital in Loma Linda and then “(launch) into profanity-laced, obscene, and offensive tirades.”

In one of several calls made to Ohio Sen. Sherrod Brown's office, Stahlnecker allegedly told a female intern who answered: “I am going to come to your office and kill you, you miserable little c—.”

The next day, an FBI agent said in an affidavit that Stahlnecker called again and became angry when the intern didn't provide her name because he was “keeping a list of the b—-es that hang up on him.”

In August, Stahlnecker reportedly called a U.S. Congresswoman's office in San Mateo and told the staffer who answered: “I'm going to your f—ing office and I'm going to kill you, f— you.”

This is not the first run-in Stahlnecker has had with law enforcement for making threats.

According to the U.S. Attorney's office, he has been the subject of 41 investigations for threatening or harassing phone calls involving 53 elected officials since at least 2009.

Stahlnecker has criminal convictions for harassment in New Jersey and making terrorist threats in Pennsylvania. In 2015, he was convicted in a Riverside federal court of impeding the operations of the VA, which was later overturned on appeal.

According to the Times Leader, a newspaper that covers northeastern Pennsylvania, Stahlnecker is a Marine Corps veteran who served from 1995 until 1999, when he was discharged after severely injuring his ankle.

Stahlnecker told the paper that was when his “troubles with the VA began.”

He said the VA denied his first claim in 2000 to receive disability compensation and told him his “injury had nothing to do with (his) military service despite suffering the injury while training with a platoon.”

According to the 2011 article, a disability claim wasn't accepted until 2007, after he made hundreds of phone calls and emails to a VA office in Philadelphia.

The article reported that police in Pennsylvania and the U.S. Department of Homeland Security had charged Stahlnecker that year of using vulgar and threatening language, and making a rape reference to female call takers at the VA office in 2009.

Stahlnecker told the Times Leader he “lost his cool after years of fighting denials” of claims but appeared to justify his behavior as standing up for fellow former soldiers.

“It is the principle of getting what I deserve. Not only for me, but for all veterans who suffered a disability while on active duty and get denied by the VA,” he said in 2011. “I have tolerated and put up with a great deal of nonsense. I was trying to get the VA to recognize they can't treat veterans this way. They don't care.”