Former police officer Jason Cooling has sued the city of Torrington, claiming the Police Department failed to appropriately accommodate his efforts and created a hostile, threatening work environment as he dealt with post-traumatic stress disorder stemming from his service in Iraq and Afghanistan 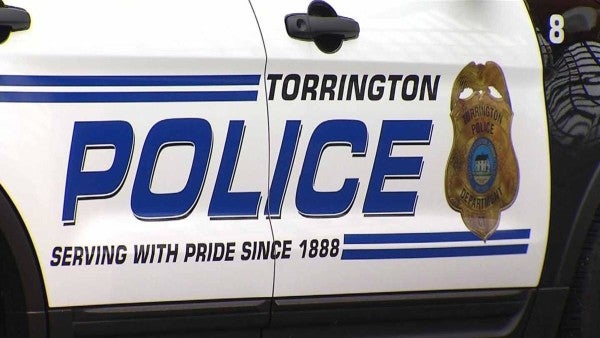 TORRINGTON, Conn. —
Former police officer Jason Cooling has sued the city of Torrington, claiming the Police Department failed to appropriately accommodate his efforts and created a hostile, threatening work environment as he dealt with post-traumatic stress disorder stemming from his service in Iraq and Afghanistan.

According to
the complaint filed in the case, Cooling became a Torrington police officer in February 2008.

He was a member of the Marine Corps reserves at the time; during his time in the military he
served multiple tours of duty in Iraq and Afghanistan, which left him with “multiple physical and mental disabilities,” including a traumatic brain injury and post-traumatic stress disorder, the suit claims.

In the complaint, Cooling alleges he was discriminated against in several ways as he sought to treat the after-effects of his time at war.

Cooling alleges the department started an irregular investigation into his use of sick time in January 2017, which he had been using to treat his symptoms.

Although he did not misuse sick time, Cooling said, the investigation prompted a charge of conduct unbecoming an officer — and left him dealing with greater levels of depression and anxiety.

He had not previously informed the department of his struggles with PTSD and the other ramifications of his time in the service, he said in the complaint, because he did not believe he needed further accommodation.

Cooling alleges the pattern of harassment continued from there, including a refusal to transfer him into a day side role, recommended by his doctor, which would have allowed for greater stability in his life; a “poison pill” choice that would allow him to move to the day shift, but would require giving up his canine partner; an attempt to intimidate him from seeing his own physician after he was struck in the head while serving as a police officer; and the defacing of a picture featuring him and five other officers who had traveled to Iraq to escort him home after his last tour of duty.

Cooling said the damage to the picture was the last aspect of the pattern of harassment he faced and ultimately led to his resignation from the department.

In December 2017, as he remained on leave after being struck in the head, Cooling said he learned that someone had put a thumbtack through his head in the picture, according to the suit. The photo remained on the wall in the Police Department's locker room; supervisors took no action in response — “an express endorsement” by departmental leadership of the defacement, he said.

“Poking the thumbtack through the picture of the plaintiff's head was designed to intimidate the plaintiff and show that he was 'faceless' and not considered a member of the Torrington Police Department any longer because he was disabled and unable to return to duty,” said attorney Eric Brown, who is representing Cooling, in the complaint. “The pin was removed leaving what looks like a bullet hole in the center of the plaintiff's forehead, which the plaintiff reasonably took to be a threat.”

“At the time the plaintiff learned of the defacing of the photograph he was looking forward to his return to duty as a police officer. However, the defacing of the photograph made the (plaintiff) believe the harassment of him had continued while he was away, was endorsed by the command, and would continue… and could potentially be characterized by violence,” said Brown in the complaint.

Cooling returned to the department, but “was left uneasy about acceptance with the department.” He ultimately resigned in April .

“But for the pervasive, consistent, hostile and harassing work environment to which the plaintiff was subjected to as set forth herein due to his disabilities, the plaintiff would have willing and able to continue his career as a police officer with the City of Torrington,” said Brown. “By its illegally discriminatory and retaliatory actions… the defendant constructively discharged the plaintiff from his employment as a police officer.”

Cooling is seeking monetary damages, attorney fees, and any other relief that can be awarded via statute or through the rationale of the court.

The city was served with the suit May 14, according to judicial records. It is not yet represented by an attorney in the matter.

Corporation Counsel Victor Muschell and Mayor Elinor Carbone did not immediately respond to a request for comment Monday.

Read the complaint below:

SEE ALSO: Veteran Sues University Of Toledo For Allegedly Disclosing PTSD And Portraying Him As A Safety Threat