A deported Marine Corps veteran who has been unable to come back to the U.S. for more than a decade was denied entry to the country Monday morning when he asked to be let in for a scheduled citizenship interview 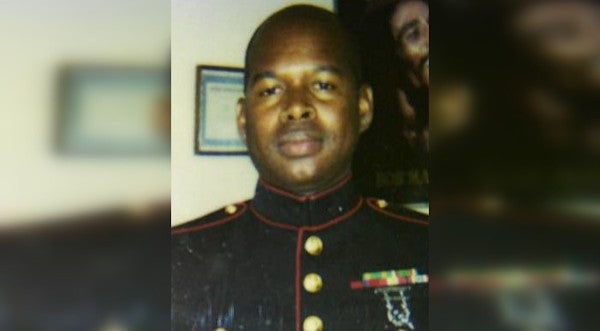 A deported Marine Corps veteran who has been unable to come back to the U.S. for more than a decade was denied entry to the country Monday morning when he asked to be let in for a scheduled citizenship interview.

Roman Sabal, 58, originally from Belize, came to the San Ysidro Port of Entry around 7:30 on Monday morning with an attorney to ask for “parole” to attend his naturalization interview scheduled for a little before noon in downtown San Diego. Border officials have the authority to temporarily allow people into the country on parole for “humanitarian or significant public benefit” reasons.

Sabal first applied to become a U.S. citizen in 1995 after serving for six years as a Marine and then several more years in the Army Reserves. Sabal has two U.S. citizen children with a U.S. citizen partner whom he hopes to one day marry.

Sabal initially came to the United States on a tourist visa and did not have permission to stay in the U.S. permanently. His goal when he came, after seeing Marines in action during his time in the Belizean military, was to enlist in the Marine Corps.

He managed to join with a fake identity document. He said he confessed during boot camp and was told, “Don't worry about it. You're a Marine now.”

Years after he was honorably discharged, he decided to go back to Belize because he'd developed diabetes, and his mother had offered to help him treat it with herbal remedies rather than pharmaceuticals. When he returned to the U.S., his entry triggered an immigration court case.

Sabal never found out about the hearing, and a judge ordered him deported in his absence. When he returned to Belize again in 2008 for more treatment, he found himself stuck outside the U.S.

Recently, a team of attorneys with Public Counsel, which has a program to help deported veterans, has worked to help him apply again for U.S. citizenship based on his military record.

There is not an official process in place for people in situations like that of Roman Sabal's, according to his attorney Victoria Starrett. She has communicated with multiple federal agencies about his request for parole since each is sometimes responsible for granting that ability to enter the U.S. She said she has not received a definitive answer about how to get him to his citizenship interview.

She sent requests that he be allowed into the country for his interview but did not receive decisions after months of waiting, she said.

With his interview date approaching, they decided to ask in person.

Sabal and his attorney crossed onto U.S. soil on Monday and gave Customs and Border Protection officials a thick stack of paperwork detailing his case and his request to enter the country to attend his interview.

Officers waved the pair to the side to wait.

Meanwhile, Hector Barajas, a former deported veteran who was able to become a U.S. citizen after jumping through his own set of hurdles, called congressional offices, including that of Rep. Juan Vargas, a Democrat whose district includes the California border, to ask for help.

Starrett said that CBP officials eventually told her on Monday told to go through Immigration and Customs Enforcement to request parole, and then those officials sent her and Sabal back to Mexico. Some ICE officers work out of the port of entry, but it was not clear whether they were involved in what happened on Monday.

An agreement drawn up between federal agencies suggests that because he has a deportation order, Sabal's case for parole falls under ICE's jurisdiction. When asked about the case last week, ICE deferred to U.S. Citizenship and Immigration Services, the agency responsible for deciding whether to allow Sabal to become a U.S. citizen.

ICE did not immediately respond a request for additional comment on Monday.

When asked about Sabal's situation on Monday morning, a CBP spokeswoman said, “His attorney was notified that he should work with the Department of State to obtain the necessary documents for entry rather than seeking parole from CBP.”

Starrett pointed out that Sabal already tried to get a visa through the Department of State to attend a naturalization interview in 2016, and that request was denied because of his deportation order.

“After refusing to allow Sgt. Sabal to enter the U.S. for his citizenship interview this morning, CBP now tries to pass the blame for its shameful treatment of a former U.S. Marine,” Starrett said. “Earlier today, CBP told me that ICE — not the Department of State — was responsible. Now apparently they claim it is the Department of State.”

Starrett called on officials to work together to schedule his naturalization interview at the port of entry itself as has happened in the past for other deported veterans.

“Veterans should not be forced to jump through futile hoops when all parties know they will be denied,” Starrett said. “This charade should stop here.”

For Sabal, the experience was disappointing, he said. He maintained the stoic control of emotions that might be expected of a Marine, his arms folded across his chest, as he described talking on the phone with his 13-year-old daughter the day before, the anticipation she felt with the hope of seeing him later this week and the frustration of that dream becoming a less and less likely possibility.

He plans to wait in Tijuana for a few days to see if the situation can be resolved quickly. Otherwise, he will have to travel back to Belize — a long and expensive trip — and try again at a later date.

Starrett said the legal team will likely have to file a lawsuit in federal court to get Sabal access to the citizenship process.

“It's such an injustice,” she said.

There are seven deported veterans with citizenship cases pending right now, she said, and they may each have to navigate their own paths through the complex web of agencies and paperwork in order to have their chances at coming back.