A decorated former U.S. Marine-turned-gunrunner convicted in 2015 of selling firearms with obliterated serial numbers faces federal firearms charges for a second time after he allegedly bought a large amount of ammunition from a Boone County, Missouri retailer 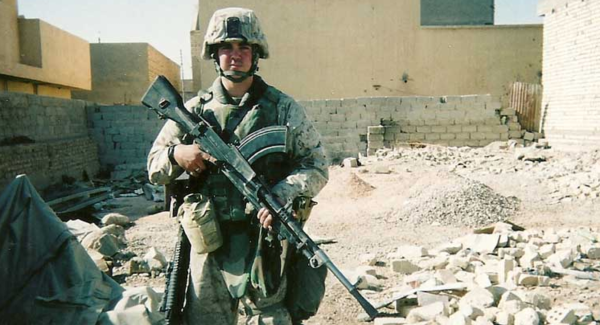 A decorated former U.S. Marine-turned-gunrunner convicted in 2015 of selling firearms with obliterated serial numbers faces federal firearms charges for a second time after he allegedly bought a large amount of ammunition from a Boone County retailer.

Jonathan M. Cuney, 36, was charged in late October with a single count of felon in possession of a handgun, according to court records filed in the Western District of Missouri.

The courts ordered the case sealed pending his arrest by Bureau of Alcohol, Tobacco, Firearms and Explosives agents. That occurred Nov. 12 in Tucson, Arizona, where he also now faces similar charges.

After his arrest on the federal warrant filed in Missouri and the complaint filed in Arizona, authorities discovered additional firearms in a storage shed Cuney leased in his hometown of East Greenbush, New York. Prosecutors there added another charge of felon in possession of a handgun, bringing the total to three counts in three different states.

Cuney was a registered firearms dealer in June 2015 when he pleaded guilty in federal court to selling and delivering firearms unlawfully as well as transporting and possessing firearms with obliterated serial numbers, according to a press release issued by Preet Bharara, then the U.S. Attorney for the Southern District of New York.

“Regulations governing firearms dealers and the sale of firearms are critically important to public safety,” Bharara wrote in the release. “Jonathan Cuney flouted these regulations and intentionally introduced nearly two dozen untraceable firearms into the streets. Fortunately, Cuney was caught and convicted before more illegal guns could endanger our neighborhoods.”

A federal sentencing memorandum shows Cuney between April 2013 and July 2014 sold 22 defaced firearms, several of those to an undercover ATF agent. Upon his arrest authorities also found a power tool to remove the serial numbers, as well as additional defaced handguns and silencers.

In the memorandum, federal prosecutors referred to his military service, describing it as “heroic,” but also that Cuney, given his background, should have known the seriousness of the offenses he committed.

“Defendant is also a decorated veteran of the United States Marine Corps and his heroic service to our country should be recognized,” the memorandum reads. “It bears noting, however, that the commission of this crime by Defendant can be viewed as especially egregious. Defendant, more than the average person, understands the seriousness and deadly consequences of the use of firearms.”

After his release from prison in April 2017, Cuney returned to his hometown and served supervised release until May 2018. Even during that period, the affidavit filed in the Missouri case shows, he maintained an account with MidwayUSA, a sporting goods and gun retailer in Boone County.

About Sept. 17, a large order of ammunition was traced to Cuney's account. Using another person's name on the order form, he allegedly purchased more than 2,000 rounds of ammunition. Store video surveillance would later show him and another person picking up the goods, with Cuney exiting while carrying four of the boxes of ammunition and magazines.

At the time of his arrest in Tucson, authorities discovered additional weapons in the truck he was driving, and he faces an identical count there. ATF agents wrote in that criminal complaint that Cuney was driving a Chevrolet with his girlfriend and her two children when detained. In the back in a plastic tub, were a Springfield .40 caliber handgun, an AM-15 semi-automatic rifle, magazines and several items of camouflage clothing.

After receiving word of Cuney's charges, ATF agents in New York State were granted a search warrant for a storage shed in his name in his hometown of East Greenbush. In the shed, authorities located a Springfield M-1a, a civilian version of the military M-14, and several other firearms and ammunition, according to an ATF affidavit in that case.

All three cases are expected to be heard in the Northern District of New York, although a date has not been set. It's not clear if Cuney has an attorney to speak on his behalf.