Paul Whelan, the U.S. citizen currently detained in Russia on espionage charges, is a former U.S. Marine who had traveled... 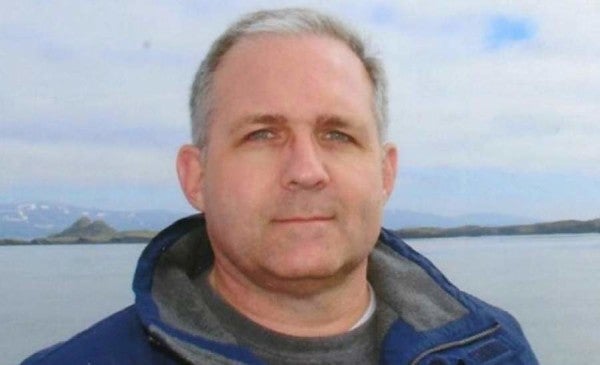 Paul Whelan, the U.S. citizen currently detained in Russia on espionage charges, is a former U.S. Marine who had traveled to Moscow for a fellow Marine's wedding, the man's family said Tuesday, alleging that he is being wrongly held.

“We are deeply concerned for his safety and well-being,” Whelan's family said in a statement provided to the media by his twin brother, David. “His innocence is undoubted, and we trust that his rights will be respected.”

Whelan's family said it had contacted the U.S. State Department and other federal officials for help after learning of his Friday arrest from news reports on Monday, and the family expected U.S. officials to visit Whelan, who works in Michigan, within three days.

Trump administration officials have remained relatively quiet about Whelan's detention, amid concerns about possible Russian retaliation for the ongoing U.S. investigation into Russian interference in the 2016 election.

A State Department spokesperson, declining to be identified, said in a statement to the Los Angeles Times that Russia's Foreign Ministry had formally notified U.S. officials of Whelan's arrest and that they expected Russian authorities to provide access to Whelan in detention.

“Due to privacy considerations, we have no additional information to provide at this time,” the spokesperson wrote in an email.

David Whelan did not respond to requests for an interview.

Critics of Russia have seized on the arrest as a possible Cold War-style tit-for-tat emerging at a tenuous time for the Trump administration, which faces the ongoing investigation by special counsel Robert S. Mueller III as well as a hostile House of Representatives about to transition to Democratic control.

While President Donald Trump has struck a friendly tone with Russian President Vladimir Putin, U.S. investigators working for Mueller have secured federal indictments against more than a dozen Russians for alleged election interference to aid Trump. One Russian citizen in the U.S., Maria Butina, has pleaded guilty to working as an unregistered foreign agent on behalf of the Russian government while infiltrating conservative groups such as the National Rifle Association.

Whelan's arrest “looks increasingly like a hostage situation,” tweeted British financier and Putin critic Bill Browder, whose attorney, Sergei Magnitsky, died under suspicious circumstances in Russian custody. (In July, Putin offered to assist Mueller's investigation if Russian officials, in return, were allowed to investigate Browder.) “All foreign travelers to Russia should beware that anything could happen. The US government should intervene decisively in this case.”

According to details first reported by the Daily Beast, Whelan works as a director of global security and investigations for BorgWarner, an automotive components manufacturer in Michigan. He reportedly previously worked as a police officer and sheriff's deputy in Michigan and took military leave to serve in the Iraq war in 2003.

Whelan appeared to have a fondness for Russia and for Trump, according to a social media profile under his name on VKontakte, a service popular in Russia. On the day of Trump's inauguration in 2017, he posted: “GOD SAVE PRESIDENT TRUMP!!”

Whelan visited Russia for the first time more than a decade ago, according to an archived version of a personal website that has since been removed.

“Having grown up during the Cold War, it was a dream of mine to visit Russia and meet some of the sneaky Russians who had kept the western world at bay for so long !!” the website said, adding that Whelan befriended several Russians on his trip, including a man named “Maxim” who worked for the Russian army.

“We have stayed in touch with one another and have shared many interesting stories and experiences,” the website said. “The Russian people were very polite and kind to a stranger who didn't speak the language and spent a lot of time wandering around the Metro without a clue as to where he was going !!”