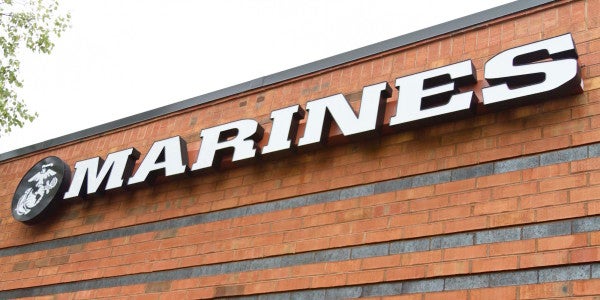 A year after a terror-motivated mass shooting in Chattanooga, Tennessee, left four Marines and a sailor dead, the Marine Corps has begun the process of shoring up recruiting centers against the prospect of similar attacks in the future.

The Corps published a solicitation this month for bullet-resistant cubicle covers for each of roughly 1,500 Marine Corps recruiting centers nationwide.

These panels will be certified at Level 8 or above on the Underwriters Laboratory scale of bullet resistance, capable of withstanding five shots from a 7.62mm rifle lead-core full-metal copper jacket military ball, according to the solicitation. That's a level of protection far exceeding what many banks and credit unions use for bullet-resistant dividers.

While the initial amount of the solicitation is not specified, Marine Corps Recruiting Command spokesman Jim Edwards said the initial Marine Corps budget for purchase of the panels is $2 million.

“Since the attack in Chattanooga … the review and implementation of force protection measures has been an enduring endeavor for the Marine Corps, Department of Defense, U.S. Army Corps of Engineers, and the other service branches,” Edwards told Military.com in an email.

A Marine Corps recruiting center in Chattanooga was one of two locations on which gunman Muhammad Youssef Abdulazeez opened fire on July 16, 2015. Only seven people were in the center at the time; one, Marine recruiter Sgt. Demonte Cheeley, was wounded in the leg but survived. Cheeley would later receive a Purple Heart medal.

Abdulazeez then traveled to a Navy Reserve center, where he killed four Marines and fatally wounded a sailor.

Edwards said the bullet-resistant panels are only one element of the Corps' plan to protect recruiters against future attacks.

“The Marine Corps is pursuing numerous comprehensive lines of effort that will increasingly serve to protect our Marines in communities throughout the nation,” Edwards said. “The installation of bullet resisting panels is just one of many efforts; other examples include upgrades to recruiting facility security, concealment, observation, communications, training, and egress options.”

In March, Marine Corps Commandant Gen. Robert Neller told lawmakers on the Senate Appropriations Committee he estimated the total cost of adding protection to recruiting centers and training personnel would come to $44 million.

“It's going to take us some time to get to that; that's where we are,” he said.

According to contracting documents, companies have until Aug. 11 to submit proposals to complete the work. The panels will be installed nationwide before the end of 2019.

While officials have agreed on a need to move forward with increased security measures for recruiting centers, the military has dithered over whether to arm recruiting personnel for self-defense. While the Marine Corps maintains it does not want to arm its recruiters, the Navy announced this month that it was in the process of installing armed sailors at its own recruiting offices.

“Our more than 1,500 Marine recruiting facilities (of varying design, ownership and management) across the nation require somewhat complex and unique contracting solutions in order to achieve full implementation, which will take time,” Edwards said. “However, our leadership is fully engaged and our mission and Marines remain the priority.”