Marines want CRABs (No, not those crabs) 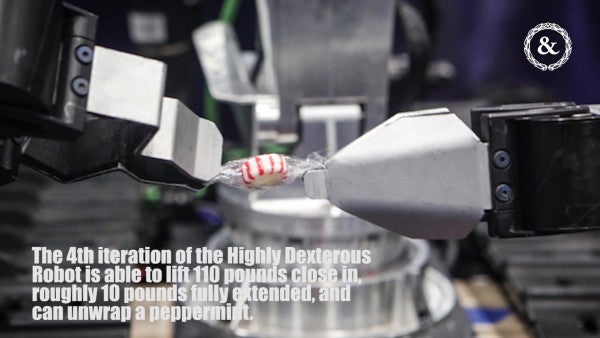 The Marine Corps may one day launch crawling unmanned robots from ships to clear paths through deadly minefields for approaching assault troops to come ashore.

The Crawling Remotely-Operated Amphibious Breacher (CRAB) will be a submersible, remote-autonomous system armed with mine flails, tillers and rakes for breaching mined obstacles, a dangerous job that combat engineers and explosive ordnance disposal troops currently perform with expensive combat vehicles that are ill-equipped for surf operations, according to a recent Marine Corps Systems Command news release.

Each CRAB, however, would be expendable, Capt. Anthony Molnar, a project officer for mine countermeasures at Systems Command, said in the release.

“We'll save lives and reduce costs for the Department of the Navy and the Marine Corps,” he said.

The Marines recently submitted a proposal to the Office of Naval Research for the CRAB system as a Rapid Innovation Fund topic for fiscal 2020.

The effort is a priority for Marine Corps Commandant Gen. David Berger, who stressed the need for innovative ways to use unmanned systems to counter enemy anti-access/area denial (A2AD) capabilities such as mine warfare in the 38th Commandant's Planning Guidance for 2019.

“I encourage experimentation with lethal long-range unmanned systems capable of traveling 200 nautical miles, penetrating into the adversary enemy threat ring, and crossing the shoreline — causing the adversary to allocate resources to eliminate the threat, create dilemmas, and further create opportunities for fleet maneuver,” the document states. “We cannot wait to identify solutions to our mine countermeasure needs and must make this a priority for our future force development efforts.”

The Corps is not the only service aggressively pursuing unmanned vehicle technology. The Army is planning to create manned and unmanned versions of its Next Generation Combat Vehicle, which is being designed to replace the Bradley fighting vehicle. Later versions of the NGCV may include unmanned and manned combat variations to replace the M1 tank.

The Marines currently rely on an Assault Breacher Vehicle, which has an M1A1 tank chassis with a full-width mine plow and mine clearing line charges. But the vehicle is not designed to operate in unstable surf zones, he said in the release.

The CRAB would allow Marines to safely detonate underwater explosives prior to manned vehicles passing through an amphibious assault lane, Molnar said.

“The CRAB system is important because currently the naval force can only breach in the surf zone with significant risk to mission or personnel,” he added in the release. “This would alleviate that by having an inexpensive and expendable piece of equipment going through there.”