About 300 U.S. Marines will be sent to southern Afghanistan this spring to help local security forces locked in a... 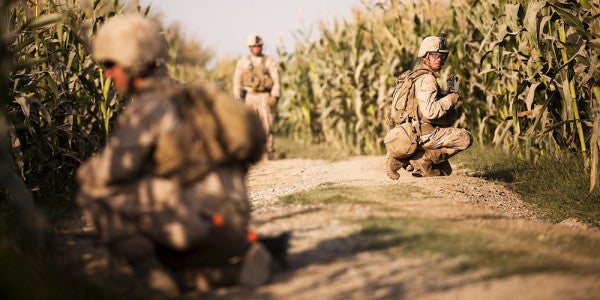 About 300 U.S. Marines will be sent to southern Afghanistan this spring to help local security forces locked in a battle against the Taliban, the Pentagon said.

The deployment puts Americans back in a combat role in Helmand province, where Marines fought for more than a decade before they were withdrawn in 2014.

Brig. Gen. Roger Turner Jr., who commands the Marines waiting to be deployed from Camp Lejeune, N.C., said they will advise and assist Afghan army and national police against the Taliban, who have launched deadly attacks across Helmand.

The Marines will be on nine-month deployments at bases and outposts across the province, including Camp Leatherneck, which was left under Afghan control two years ago.

The Pentagon has repeatedly sent special operations forces into the area in recent months to help Afghan forces fighting the Taliban.