"It certainly is going to reopen a wound ... It makes it sound like [Robert's death] was avoidable but so many of these kids have been killed over there." 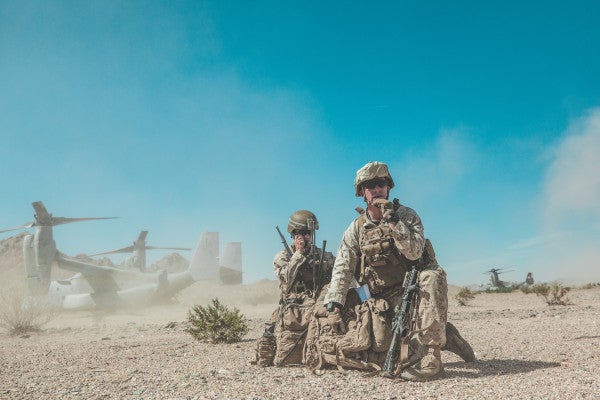 Family members of one of the three US Marines killed in an attack in Afghanistan have called for an official investigation, following reports that intelligence officials were investigating whether the attack may have been secretly funded by a Russian military intelligence unit.

On April 8, 2019, three Marines from the 25th Marine Regiment, 4th Marine Division were killed after a roadside bomb detonated during a military convoy near Bagram Airfield, a major base in Afghanistan.

The three Marines included Staff Sgt. Christopher Slutman of Delaware, Cpl. Robert Hendriks of New York, and Sgt. Benjamin Hines of Pennsylvania. The Marines deployed in October 2018 and at least two were scheduled to come back to the US in less than two weeks.

The attack has received renewed scrutiny after reports that a Russian military intelligence unit had secretly paid Taliban-linked militants for bounties on NATO troops — including Americans. US officials discovered information about the bounties through interrogations of militants and criminals, according to The New York Times, which also reported that US officials discovered secret payments from Russia to the Taliban.

According to The Times, the US intelligence investigation partly concentrated on the April bombing. Some officials reportedly maintained that the intelligence was not concrete — that officials were in disagreement about the veracity of the evidence and its connection with Russia.

Erik Hendriks, the father of Cpl. Hendriks, told Newsday that “the pain is indescribable” following the allegations.

“It certainly is going to reopen a wound,” Hendriks said to Newsday. “It makes it sound like [Robert's death] was avoidable but so many of these kids have been killed over there.”

Related: Pompeo speaks directly with Taliban days after reports Russia paid them bounties to kill US troops in Afghanistan

Hendriks, a Republican who voted for President Donald Trump, said the US “absolutely” needed to launch an investigation into the allegations.

Felicia Arculeo, the mother of Cpl. Hendriks, told CNBC that “that the parties who are responsible should be held accountable.”

“At the end of the day, my son is still gone. He's still not coming home,” she added.

The Hendriks family did not immediately responder to Insider's request for comment.

While Russia's recent activities in the Middle East have always been considered dubious, US intelligence officials cited in numerous news reports have pointed to the White House's inaction on the matter as a concern.

President Trump received a written briefing about the alleged Russian funding numerous times, including one in February, according to The Times. In a separate report from the Associated Press, US officials said the White House was aware of the allegations in 2019 — and had included that information into Trump's daily intelligence reports.

Related: Trump was reportedly well aware of the suspected Russian bounties on US troops in Afghanistan

Trump and his staff, who initially denied he was briefed about the matter, later went on to say that the intelligence he received was not credible.

The national security adviser, Robert O'Brien, said in a statement that Trump was not briefed on the matter because it was not verified or substantiated by the intelligence community. The Defense Department also released a statement Monday saying it “continues to evaluate intelligence” but had “no corroborating evidence to validate the recent allegations.”

Russian officials have adamantly denied it was involved in the alleged operation and described it as “100% bull—-.”