Attorneys for one of the defendants said the arrest amounted to "unlawful command influence." 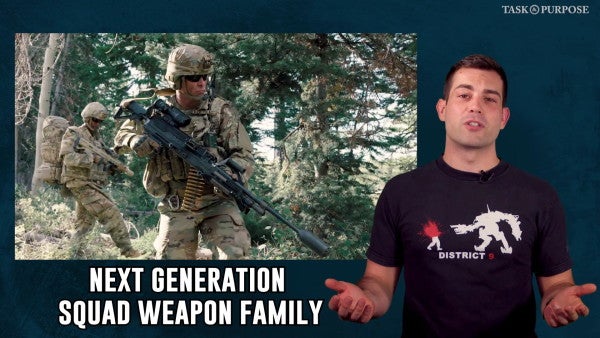 The July arrests of 16 Camp Pendleton Marines in front of their 800-person battalion was unlawful and a violation of their rights, a Marine Corps judge ruled Friday.

The ruling was handed down at the end of an all-day motions hearing that saw the battalion commander, a sergeant major and some Camp Pendleton-based Naval Criminal Investigative Service agents testify about the decision to conduct the mass arrest during a battalion formation on July 25.

On that day, 16 Marines were called to the front of their unit — 1st Battalion, 5th Marines — and they were accused of human smuggling and arrested by a swarm of 40 to 50 law enforcement agents.

Another eight Marines suspected of unspecified drug offenses were also taken out of the formation. Some of those eight were detained by battalion personnel and taken to the Camp Pendleton brig, said Lt. Col. Eric Olson, the battalion commanding officer, during testimony from the witness stand.

The arrests were captured on video by the Marine Corps, the Union-Tribune first reported last week.

According to court testimony, the July arrests were the culmination of two separate investigations: one into human smuggling by NCIS, and one into an alleged drug ring by Marine Corps Criminal Investigation Division.

Attorneys for one of the defendants, Lance Cpl. Jose Garcia, argued that the arrests amounted to “unlawful command influence” because of the effect the arrests had on those 800 battalion members who witnessed it.

Garcia was among those charged with unspecified drug offenses. The Marine Corps did not provide a charge sheet to reporters detailing those charges.

Unlawful command influence, often called the “mortal enemy of military justice,” occurs when a commander uses his position of authority to influence court proceedings. Commanders have authority over courts-martial and therefore are expected to remain impartial during the process.

However testimony from witnesses, as well as a video recorded by the 1st Marine Division, showed Olson and the battalion sergeant major, Sgt. Maj. Matthew Dorsey, ordering NCIS agents to “arrest these Marines.”

It also showed them making comments to the formation after the accused were hauled off.

Olson testified that he made general comments that the misconduct of Marines hurts the battalion's “lethality,” and that his primary focus was making sure his unit was ready to fight at a moment's notice.

Some Marines in the formation that day also testified, saying their commanders called the accused Marines a “cancer” on the battalion.

Olson, Dorsey and the lead NCIS agent on the case, Katelyn Thompson, all testified that the arrests were done in front of the formation to preserve evidence and ensure safety, because some Marines were suspected of weapons offenses.

However the Judge, Marine Col. Stephen Keane, rejected that argument, saying that if there was a concern about weapons being involved, then inviting 800 Marines to witness the arrests did not suggest safety.

Public affairs officers from the 1st Marine Division also testified about comments they made to the news media after the July arrests and about the decision to capture the arrests on video.

Division communications director, Maj. Kendra Motz, testified that the decision to film the arrest was an effort to avoid conflicting videos of the event coming out, causing confusion.

She cited as an example the controversy that arose over videos that some said showed Covington Catholic high school students harassing a Native American man in Washington, D.C. in January, while others said that videos showed the kids being harassed.

Motz also testified that she had not been truthful with reporters at the time about the arrest, telling an ABC reporter there were no photos or videos taken.

She also testified that she told a Task & Purpose reporter that Dorsey did not hold a red awards folder when he called out the names of the accused, though that was contrary to what witnesses testified and what the Marine Corps' video shows.

Keane told prosecutors they have until next week to find a way to remedy what he said was actual and apparent unlawful command influence, or it could be devastating to their case against Garcia, whose attorneys asked that charges be dismissed.

“You have an uphill battle here,” Keane told the prosecutors. “The overarching concern of mine is that Garcia has a fair trial. If not, that leaves the court with one option.”

In addition to alleging unlawful command influence, Garcia's attorneys also alleged that the arrests amounted to unlawful pretrial punishment. That issue will be taken up at a later date.

It is unclear what effect Friday's ruling will have on the Marines' cases. Several defense attorneys for other Marines were in the courtroom during testimony.