As Marines Prepare To Head To Helmand, The Fallen Are Remembered

Just weeks before a contingent of Marines heads to Helmand province on a mission to train and advise Afghan soldiers... 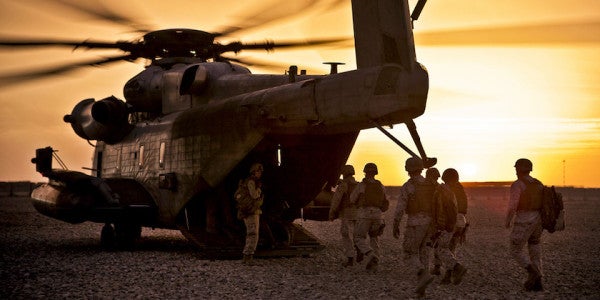 Just weeks before a contingent of Marines heads to Helmand province on a mission to train and advise Afghan soldiers and police, a memorial was unveiled at the U.S. Embassy here honoring leathernecks and corpsmen who have died during the 16-year war in Afghanistan.

The wooden wall at the Marines House at the embassy holds 482 individual plaques, each with a deceased servicemembers’ name on it.

“Each of the names on this wall has a story, and some are perhaps better known than others, but they’re all equally important,” Brig. Gen. Edward D. Banta, the highest-ranking Marine with NATO’s Resolute Support mission, said at a ceremony Thursday.

There are currently about 120 Marines in Afghanistan, predominantly in Kabul and Bagram Air Field. At the end of April, about 300 more will be sent to the Taliban hotbed of Helmand to replace a contingent of U.S. Army soldiers who are there training and advising Afghan soldiers and police.

Gunnery Sgt. David Nisbeth, former commander of the Marine Security Guard detachment at the U.S. Embassy in Kabul, came up with the idea for the wall.

“The men and women who died carried a great burden for America and I wanted to ensure that they did not die in vain and that their sacrifice is forever remembered,” he said.

Marines made up the first major deployment of U.S. ground troops into Afghanistan, when hundreds were deployed to Kandahar in November 2001. Up until international combat operation ended in late 2014, Marines fought in some of the most hostile regions of the country.

“That’s what were here for, we go to the places no one else wants to go and we go do the things that people say can’t be done,” Marine Corps Sgt. Layton Nobles said at Thursday’s ceremony.