The Marine Corps has asked Congress for $3.2 billion to buy warplanes and other equipment that did not make President... 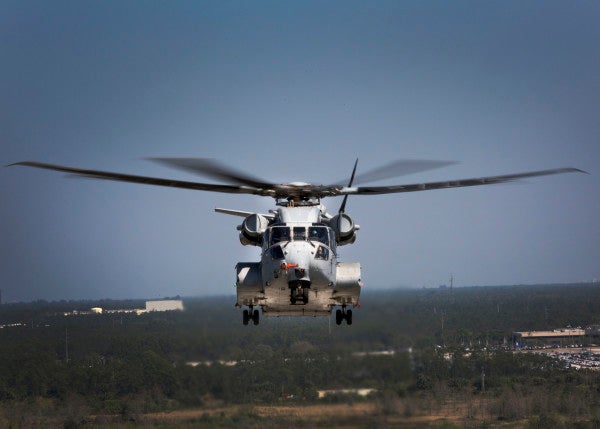 The Marine Corps has asked Congress for $3.2 billion to buy warplanes and other equipment that did not make President Donald Trump’s fiscal 2018 defense budget plan, according to a copy of the request obtained by CQ Roll Call.

Gen. Robert Neller, the Marine Corps commandant, signed off on the “unfunded priorities list” and service officials sent it to lawmakers within the last week.

It appears to be the first of four such lists due soon on Capitol Hill — one each from the Marine Corps, Navy, Army and Air Force — which together will add up to multiple billions of dollars. This is an annual ritual for the Pentagon and Congress as the budget and appropriations are ironed out.

The most expensive item on the Marine Corps list is $877 million for six F-35 fighter jets. The jet is being built for all the services.

The Marine Corps wish list includes a request for $617 million for four F-35Bs, a version designed to take off and land vertically, and $260 million for two F-35Cs, the jet’s aircraft carrier variant.

The Air Force and Navy may also seek additional F-35s in their forthcoming wish lists.

The Marine Corps is also seeking $312 million for five ship-to-shore connectors, which are air-cushion landing craft for carrying Marines ashore in amphibious assaults.

The service also wants boosts in a variety of ammunition programs as well as several buildings to be constructed on Marine Corps bases.

The lists have effectively become addenda to the formal budget request each year. Sometimes called “wish lists,” they provide military justifications to lawmakers interested in adding to the defense budget items the White House did not request. To the extent Congress funds items on the lists, it must increase the total amount for the Pentagon or cut other programs to offset the expense.

This year, the lists take on an added dimension. Trump made “rebuilding” the military a cornerstone of his campaign. While his new budget would increase spending on keeping existing assets in ready condition, it does not provide much increase in the procurement or other accounts that would need to rise to support a significant buildup.

Defense hawks in Congress have criticized Trump’s request as inadequate, and they will use the wish lists to bolster their argument.