Just minutes after the release of an investigative report that accuses Washington state Rep. Matt Shea of engaging in domestic terrorism, his Republican House colleagues Thursday stripped his name and face from their website, moved his office and suspended him from their caucus. But they're not ready to expel him from the legislature 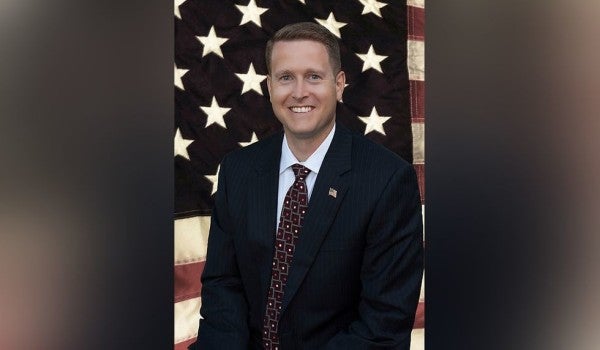 Just minutes after the release of an investigative report that accuses Washington state Rep. Matt Shea of engaging in domestic terrorism, his Republican House colleagues Thursday stripped his name and face from their website, moved his office and suspended him from their caucus.

But they're not ready to expel him from the Legislature. And Ammon Bundy, who the report accuses Shea of collaborating with, disputed its findings.

Democratic and Republican state House leaders united to call for Shea's resignation in the wake of the explosive report, but they're not committing to removing the Spokane Valley lawmaker from office.

“I think it's too soon for me to say,” said Jinkins, D-Tacoma, adding she's asked members to read the report over the holidays before the Legislature convenes in January. “The important thing to know is neither the Republicans or us can do this on our own.”

“I do think what he has done warrants him not being in the House,” she said.

Under Article II of the state constitution, the House can expel a member if two-thirds of its members agree. With Democrats holding 57 of 98 House seats, if all voted to expel Shea, nine Republicans would have to join in for Shea to be expelled. Lesser options such as a formal censure would require only a majority vote.

Rep. J.T. Wilcox, R-Yelm, the House minority leader, reiterated his call for Shea to resign, but declined to say he should be removed.

“He should resign. I've told people that if it was me, I would resign,” Wilcox said in an interview. He said he's not sure how he would vote if there is a vote to expel Shea, and that he'd need to discuss it further with his fellow House Republicans.

“This is a coup, this is an attempt to overthrow duly elected leaders who are standing up for the Constitution and who are standing up for the Bible,” he said in a video posted online Thursday, before the release of the report, to the website Redoubt News, which advocates for a conservative Christian haven in the Northwest. “Every day I get to wake up and I get to be on the front line in the battle of good and evil.”

Only one member has been expelled from the Legislature in Washington's 130-year history. In 1933, Seattle Rep. Nelson Robinson was convicted of sexually abusing a 12-year-old girl. He was pardoned by the governor, but expelled by lawmakers.

“It seems to me that who's in the Legislature is up to the voters,” Wilcox said. “I would rather we not start going down that road because I think it's a very slippery slope that could be terrible for people on both sides.”

In perhaps the most unusual scenario outlined in the state constitution, Shea could be expelled by the Legislature, but run for his seat again. If he won, he couldn't be expelled a second time “for the same offense.”

“The constitution is deferring to the voters as to what they think is appropriate,” said Hugh Spitzer, a University of Washington law professor and expert on the state constitution.

A six-term member of the state House, Shea has long espoused far-right views, and has led a movement to split off the east side of Washington into its own “Liberty State.” He came under heightened scrutiny in the last year after former allies leaked chat logs and manifestos that include talk of violence and surveillance of political enemies.

The report, commissioned by bipartisan House leaders and compiled by a firm led by a former FBI agent, accuses Shea of domestic terrorism against the United States for planning the armed takeover of the Malheur National Wildlife Refuge in Oregon in 2016. It also accuses him of planning and participating in armed conflicts against the federal government, in Nevada in 2014 and Idaho in 2015.

It says that Shea used his role as a leader of the Patriot Movement — a loose organization of Christian conservative groups and individuals in mostly rural areas who are generally united by deep suspicion and fear of the federal government — to dispatch armed militia members to the standoffs.

“Tossing @RepMattShea from the #WAGOP House Caucus is hardly punishment for domestic terrorism – expulsion and prosecution is,” she said in a tweet Friday, adding that GOP donors and party leaders who've backed Shea in the past also should face scrutiny.

“His behavior has been that of a militia leader rather than that of an elected official,” said Lindsay Schubiner, a program director at the center.

The report says Shea helped Ammon Bundy plan the takeover of Malheur, which lasted six weeks in 2016 and ended after one militia member was killed and dozens were arrested.

But Bundy, who was acquitted of charges related to the takeover, disputed that on Friday, saying that although he was in contact with Shea before taking over the refuge, Shea didn't help him plan it.

The report says Shea and Bundy spoke by phone four times in the weeks leading up to the occupation, which Bundy launched as a protest on behalf of two ranchers, Dwight and Steven Hammond, who had been convicted of arson on federal land.

In a phone interview Friday, Bundy confirmed he spoke with Shea ahead of the occupation, but said “I was asking him how can we get the Hammonds justice.” He said he was never contacted by the report's authors and was unfamiliar with the military-style planning documents — titled Operation Cold Reality — that the report said Shea distributed, laying out roles and responsibilities for the occupation.

Bundy said Shea did come to the refuge and met with him after the takeover began, but to call him a leader “is just a flat out lie.” He added: “If I was to give Matt some advice it would be — force them to drive you out, don't resign.”

Christian said Friday he'd been weighing a challenge of Shea for some time, calling his extremist views out of line with average voters in Spokane Valley.

Notwithstanding the storm of revelations and condemnation facing him, on Shea's Facebook page dozens of people wrote messages of support this week, including one who declared “Satan and his herd of haters are many and busy today. They will lose.”

Shea responded: “They have lost and we tread upon them in Jesus's name. Amen.”