Mattis Hasn’t Decided On Number Of US Troops For Afghanistan

U.S. Defense Secretary James N. Mattis said Tuesday that the new strategy for Afghanistan will try to replicate “a lot”... 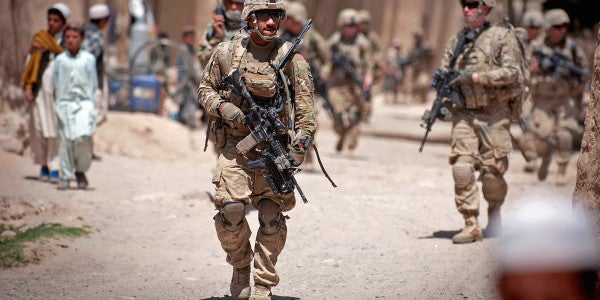 U.S. Defense Secretary James N. Mattis said Tuesday that the new strategy for Afghanistan will try to replicate “a lot” of the tactics that have successfully pushed Islamic State from large parts of Iraq and Syria since 2014.

Key to those campaigns has been a willingness to embed U.S. advisers closer to the front lines to help ground assaults by Iraqi security forces and Syrian militias. The advisers help on battlefield strategy and coordinate airstrikes on enemy targets.

But Mattis said he is still awaiting a detailed plan from Gen. Joseph F. Dunford, chairman of the Joint Chiefs of Staff, for how to implement the strategy that President Donald Trump announced Monday night.

Trump has given Mattis authority to send about 4,000 more troops, adding to 8,400 U.S. forces already deployed to Afghanistan. But during a previously unannounced visit to Baghdad, Mattis said he won’t decide a precise figure until he gets Dunford’s plan.

“When he brings that to me, I will determine how many more we need to send in,” Mattis said. “It may or may not the number that is bandied about.”

Trump disclosed few details about his plan to again deepen U.S. involvement in the nearly 16-year-old U.S. war against an array of Islamist insurgents who have gained ground against the central government in Kabul.

The Taliban now controls or contests more than 40 percent of Afghan territory — more ground than at any point since the U.S.-led invasion in 2001 toppled the militants from power, according to recent United Nations estimates.

Trump said he won’t provide a “blank check” for U.S. support to the Afghan government, but added he didn’t want to be hemmed in by timelines.

Mattis also refused to provide specifics on the military’s strategy, which has been deliberated for months by top U.S. military and government officials, or say how Pakistan figures in.

“There is a broader approach to this and it all comes down to the execution and we will have to stand and deliver on this,” Mattis said. “You’ll just have to watch it unfold to really get the answer to it.”