Secretary of Defense James Mattis and other military leaders are looking for ways to reduce the training and administrative duties... 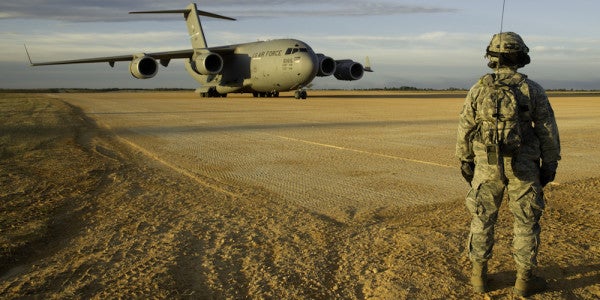 Secretary of Defense James Mattis and other military leaders are looking for ways to reduce the training and administrative duties that many in the armed services view as a burden.

The latest part of this effort is a review ordered by Mattis to identify and either reduce or eliminate the duties that pull military personnel away from tasks directly related to their jobs as soldiers, sailors, airmen, and Marines.

According to a Defense Department memo obtained by Military Times on July 25, the undersecretary of defense for personnel and readiness will direct “an effort to form a working group to determine changes to military personnel policies necessary to provide the Military Departments increased flexibility to organize, train, and equip more ready and lethal forces.”

Among the policies the memo says will be reviewed are those covering “professional military education to regain a concentration on the art and science of war fighting” and “requirements for mandatory force training that does not directly support core tasks.”

The directive appears to be part of a campaign to address what a 2015 Army War College report called the “deluge of requirements” facing commanders.

A US Army soldier with 1st Brigade Combat Team, 2nd Infantry Division, provides security during an exercise at the National Training Center in Fort Irwin, California, May 16, 2016.Photo via DoD

That report, according to Army Capt. Scott Metz, a trainer at the Army Joint Multinational Readiness Center in Germany at the time of writing, “makes the case that the Army overtasks subordinates to such a level that it is impossible for Army units and Army leaders to do everything they are tasked to do.

The authors of the Army College study also “state that since non-compliance is not a viable option, leaders must choose which tasks to conduct to standard and which tasks to just 'report' that they were done to standard,” Metz wrote.

Air Force officials have cited “cultural issues” — such as training requirements and trouble maintaining a work-life balance — as reasons for the service's recruitment and retention problems.

The Air Force has decided to waive some training responsibilities for airmen and to relax other recruiting policies to attract more recruits.

Such problems are not limited to the Air Force, and some havecalled for the reinstatement of the draft to address the personnel, financial, and economic issues created by an all-volunteer force.

Maj. Gen. Brian Kelly, the commander of the Air Force Personnel Center, has acknowledged the need to be more adaptive in assigning duties and has made that one of the goals of his tenure.

“It’s not one size fits all for every airman in every situation,” Kelly told Air Force Times. “Working in conjunction with our partners at the Pentagon, who help us on policy, finding those flexible things to make sure we can meet mission and help out airmen and families (at the same time) is important as we go forward.”

The Air Force — as well as specialized units like the special forces — have been especially burdened by ongoing military efforts over the last 20 years. Special operations units have seen rampant drug use, and diagnoses of post-traumatic stress disorder have nearly tripled among veterans over the last decade.

Though readiness may mean different things to commanders at different levels, Metz argued that tasking unit commanders with so many duties has detracted from combat training and left US military personnel at a disadvantage on the battlefield.

This state of affairs doesn't appear to be limited to the Army.

Those continuing operations, coupled with budget cuts, have left many units in each service branch behind in their training and readiness requirements and lacking in operational capacity.

“After more than a decade combatting violent extremists and conducting contingency operations in Afghanistan, Iraq, and most recently Syria, has prioritized the rebalancing of its forces in recent budget requests to build and sustain the capabilities necessary to prevail across a full range of potential contingencies,” states a Government Accountability Office report released in June.

“However, DoD has acknowledged that unrelenting demands from geographic commanders for particular types of forces are disrupting manning, training, and equipping cycles,” it adds.