Former Defense Secretary and retired four-star Marine Corps general Jim Mattis said he will not be running for president in the 2020 US presidential election and that he was "eager to see the fresh ideas" from the candidates. 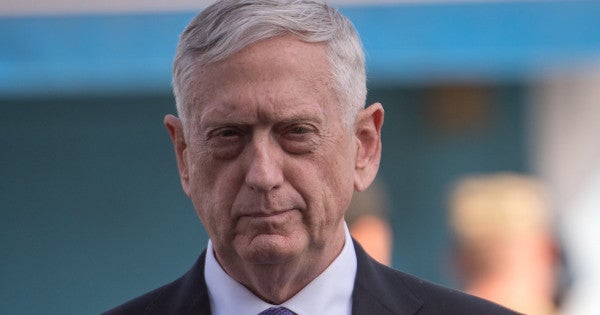 Former Defense Secretary and retired four-star Marine Corps general Jim Mattis said he will not be running for president in the 2020 US presidential election and that he was “eager to see the fresh ideas” from the candidates.

“I think we have a lot of great people in America,” Mattis said during a Fox News interview on Tuesday evening. “And I think that 40 odd years of serving the country in the military and in the defense establishment, I am eager to see the fresh ideas on people who handle a much broader array of issues than I have.”

“There's not a hesitation,” Mattis added. “I'm just trying to think how to say 'no' even stronger.”

Although Mattis has been a widely-revered military officer throughout his career, running for political office has been an unlikely possibility. Mattis has not revealed his political affiliation and continues to deflect critical questions about the Trump administration.

In 2018, Mattis said he “never registered for any political party.”

“When I was 18, I joined the Marine Corps, and in the US military we are proudly apolitical,” Mattis said in response to a question asking if he was a Democrat. “By that, I mean that in our duties, we were brought up to obey the elected commander in chief, whoever that is. And we've seen, over those — since I was in the military longer than some of you have been alive, I have seen Republicans and Democrats come and go.”

“Where am I today? I'm a member of the president's administration,” he added.

Trump previously theorized Mattis could be “sort of a Democrat,” but added he was “a good guy” during an interview with “60 Minutes.”

Mattis, who resigned in December 2018 after foreign policy disagreements with President Donald Trump, has been granting interviews in recent days amid the release of his upcoming book, “Call Sign Chaos.”